Webcast: Discredited Russiagate Coup Must Be Shut Down, For the Sake of Humanity 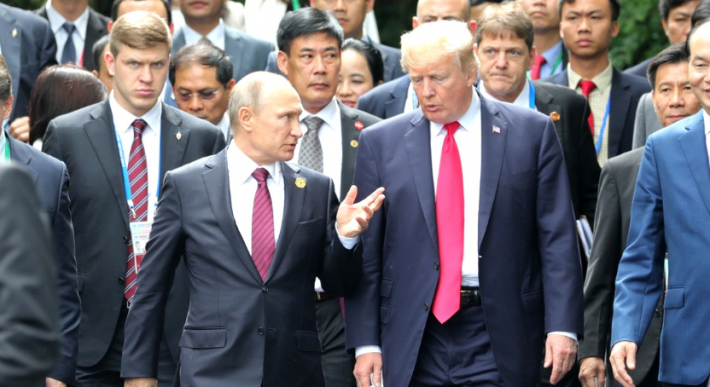 Webcast: Discredited Russiagate Coup Must Be Shut Down, For the Sake of Humanity

In last week’s webcast, Helga Zepp-LaRouche reviewed the significance of President Trump’s order to declassify “Russiagate” documents related to the U.S. Department of Justice (DOJ)/FBI attempted coup against him. The release of these documents, combined with the revelations by George Papadopoulos, who told Fox News that it was the British and their Australian counterparts who targeted him, by planting the lies of Russian “hacking,” provide evidence which can lead to not just breaking up the British-directed coup, but sending its perpetrators from the Obama intelligence community, to prison, for interference in the presidential election.

The hysterical reaction by the perpetrators — including direct intervention by the British and Australian governments, demanding that there be no declassification — led to a postponement of carrying out Trump’s order. But the President gave an assurance that they would be declassified. Despite the explosive consequences of Trump’s order, the western media is not covering it, choosing instead to run nonstop coverage of alleged teenage sexual escapades of Supreme Court nominee Kavanaugh, along with the ongoing deliberately provocative and confusing story of whether coup participant Rod Rosenstein, the Deputy Attorney General who appointed Mueller as special counsel, suggested using the 25th Amendment to remove Trump, has quit, or will be fired. Such coverage is designed to disorient viewers, at a moment when clarity is essential.

And while this is unfolding, the U.N. General Assembly has convened, in the midst of significant diplomatic initiatives which will determine whether the New Paradigm associated with China’s Belt-and-Road Initiative will end the era of geopolitical destabilizations and wars.

Join Mrs. LaRouche in this week’s webcast, as she provides the clarity needed to mobilize to end the coup, and with that, put an end to imperial geopolitics.