In her weekly dialogue, Helga Zepp-LaRouche details the array of fake stories and fabricated narratives unleashed by imperial geopolitical war hawks in preparation for upcoming summits of the G7, NATO and between Presidents Putin and Biden. Among those she dissected are the Wuhan lab leak story, published May 23 in the Wall Street Journal by Michael Gordon, who wrote the original lies about Iraq’s WMDs for the NY Times in 2002, and Chatham House/Brit intelligence re-writing of the history of the post-Cold War relations with Russia.

She also spoke of the revival of the accurate charges against the NSA and Danish intelligence for spying on European leaders, first exposed in 2013, but never stopped; and of the scandal around the Green New Deal, with Mark Carney pushing a brutal form of new colonialism, to prevent development of Third World economies, allegedly to halt global warming! The final outrage she discussed is that of German Green leader Habeck, calling for the delivery by Germany of weapons to Ukraine.

The antidote to this escalating insanity is for viewers of her weekly dialogue to study these issues, and join with the Schiller Institute to build a global anti-Malthusian movement. This is the task over the next weeks, leading to the June 26–27 Schiller Institute conference, where these outrages will be fully exposed, and the policy alternatives to them presented.

Despite the relationship between the U.S. and Russia hitting a new low, as Anglo-American oligarchs are intent on carrying out a regime change in both Moscow and Beijing, Helga Zepp LaRouche believes that having a summit, in which Putin and Biden speak directly, offers an opportunity to pull back from a rush toward war.

This summit comes as there is emerging a new combativeness against the Great Reset and Green New Deal, which together are being pushed to save a bankrupt system.  Two examples she cited was a scientific forum in Italy, in which leading climate scientists debunked the models being used by believers in man-made climate change, and the rejection by the Swiss government, in the sovereign tradition of Wilhelm Tell, of demands placed on it by the European Union.

But the danger of war remains, especially with the prospect that the Green Party in Germany will be in the next government after the September election, and that its lead candidate, Annalena Baerbock might emerge as Chancellor, with the full support of the Trans-Atlantic war hawks for her candidacy.  Zepp-LaRouche highlighted, as part of this war danger, Green Party leader Habeck calling for arming Ukraine, despite the presence of open Nazis in the defense/security sector, and the escalation against the Lukashenko government in Belarus. 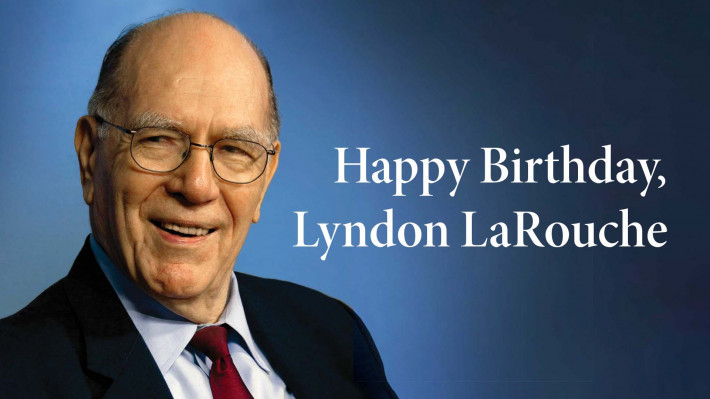 Lyndon H. LaRouche (September 8, 1922–February 12, 2019), economist, statesman and philosophical thinker, proved that a single person, with no externally designated authority, could, through the power of Reason, change the world. By means of not only his writings, but his actions and person, LaRouche proved that humanity can invent, discover, and deploy physical laws that not only change but improve the biosphere. His numerous proposals for science driver programs in thermonuclear fusion and space; for a just reorganization of the international banking system; for fundamental changes in educational designs for instruction in elementary and secondary schools; and for identifying the role of Classical forms of dramatic and musical composition in increasing the capacity for creative thought, are the very ideas which provide the path forward for Earth’s next fifty years.

In celebration of his 99th birthday, we offer three clips of Lyndon LaRouche discussing these crucial conceptions:

Webcast: Afghanistan—Chance for a Positive Reorientation

Helga Zepp-LaRouche delivered a thoroughly composed analysis of how the world has changed since August 15, 2021, when the Taliban marched into Kabul, and the U.S. and NATO left. “A whole system is coming to an end. The policy has failed.” All the lives lost, the chaos in the country, and the money spent—and stolen—served the interests of a greedy elite, but benefited no one else.

She reported on the prescience demonstrated by participants at the Schiller Institute conference on July 31, and then the solutions presented in the follow-up conference on August 21. The solution begins with a rejection of neoliberalism and imperial geopolitics. Biden’s rejection of the demand by Boris Johnson and the Europeans that the U.S. remain in Afghanistan longer has provoked hysteria among the war hawks responsible for the catastrophe, typified by Tony Blair.

It is now up to the Americans and the Europeans to join with Afghanistan’s neighbors to forge a durable peace, based on economic development. This means the West must junk the delusion that the “Rules-Based Order” must be accepted by all nations.

Webcast: Great Opportunity to Learn from 50 Years of Strategic Insanity

In reviewing the multiple strategic crises confronting humanity today, Schiller Institute leader Helga Zepp-LaRouche kept coming back to words such as “lunacy”, “insanity” and “dangerous immaturity” to characterize the policies pursued by leaders of the U.S., the U.K. and the EU. In their zeal to confront and provoke Russia and China, impose austerity while bailing out bankrupt corporate cartels, cut funding for health care, and impose an anti-human Green New Deal, the corruption behind their genocidal intent has become ever-more obvious.

Have we learned the lessons of the dangers implicit in allowing their imperial will to dominate international policy making?

One example of the potential for change is coming from the neighbors of Afghanistan, who met under the auspices of the Shanghai Cooperation Organization, and engaged in serious discussion of how to bring stability to the people of that damaged nation. Instead of using the withdrawal from Afghanistan to “pivot to Asia”, to contain China and Russia, Wang Yi made a proposal for cooperative economic development. 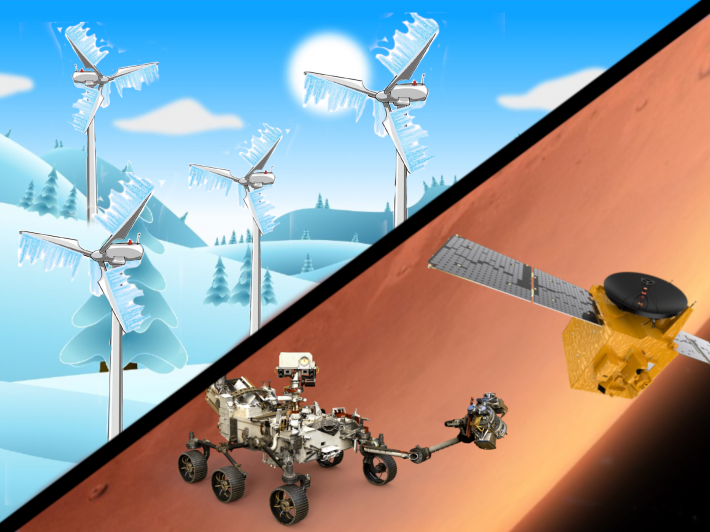 On February 20, 2021, Helga Zepp-LaRouche addressed an audience of 150 youth and others on the topic of, on the one hand, the great danger which the “Great Reset/Green New Deal” poses to civilization, and on the other, the great potential for a new paradigm as indicated by the international cooperation which led to three successful missions to Mars over the recent weeks. “So I think the choices are very clear: The Great Reset going into the Dark Age, and space cooperation leading to a new era of civilization.”