Amb. Chrysanthopoulos Will Be in First Greek Political Delegation to Russia 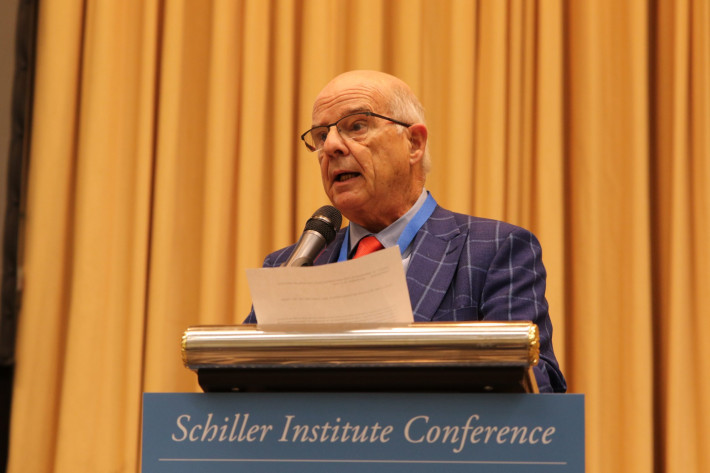 Amb. Chrysanthopoulos Will Be in First Greek Political Delegation to Russia

Amb. Chrysanthopoulos Will Be in First Greek Political Delegation to Russia–

Sept. 21, 2022 (EIRNS)–Ambassador (Ad Hon) Leonidas Chrysanthopoulos, well known to the Schiller Institute as a frequent speaker and supporter, will be a member of the first Greek political delegation to visit Russia since the beginning of the Russia Special Military Operation in the Ukraine. Invited by Municipal Authorities of St. Petersburg for a conference on the fight against Fascism, the delegation will also include Panagiotis Lafazanis, former minister and head of the “Democratic Movement of National Liberation,” and Kostas Karaiskos, head of the “Spartakos” faction and municipal councilor of Komotini district in Greece. It is needless to say all three individuals strongly oppose Greece’s, NATO’s and the European Union’s anti-Russian policy.

The delegation will speak at an event that will be held at the School of International Relations of the historical State University of Saint Petersburg on the fight against Fascism during World War Two. They will speak about Manolis Glezos, the first Greek partisan of the anti-Nazi-anti-fascist front in World War II. In that context they will discuss the modern struggle against a unipolar totalitarian world of the neoliberal globalization of the multinationals and against neo-Nazism and neo-fascism that are rearing their heads again in Europe according to an article in the Greek website, Iskra.gr.

They will also have the opportunity to hold high-level meetings with officials of the St. Petersburg region as well as interviews with Russian media such as TASS. In a statement released by the delegation they declare, “Our presence in Russia should be seen as a bridge for a just peace in Europe and a bridge of friendship to the Russian people, cooperation with Russia and a positive turn in Greek-Russian relations with our country abandoning the anti-Russian sanctions, the shipments of Greek arms to Ukraine and the use of American bases in Greece, for equipping the “junta” and the neo-Nazis of Kiev and the encirclement of Russia.”