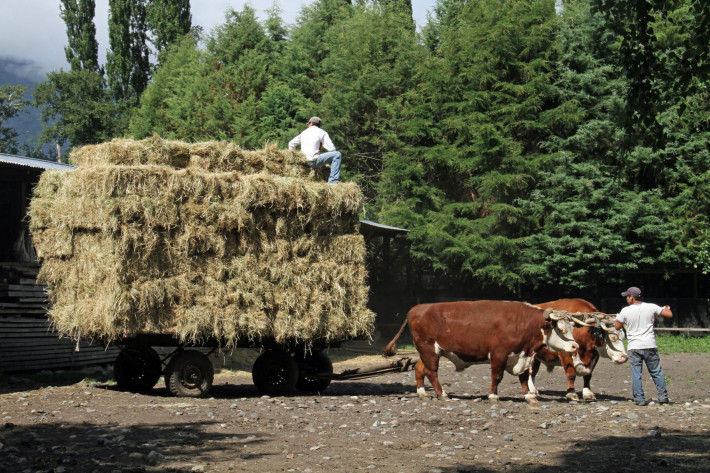 Aug. 1 (EIRNS)—Tomato farmers in the northern Chilean city of Arica protested the high price of fertilizer and other inputs by tossing their tomatoes all over Route 5 North highway on July 11, cutting off all transit on the road for several hours. Producers told ADN radio that between what they have to pay for inputs and the low price they receive from merchants, it’s impossible to earn a decent profit. So, they reasoned, they wouldn’t be losing much by tossing the tomatoes onto the highway and blocking traffic.

There is generalized discontent among Chilean farmers, as seen in testimony given by several producers who addressed the Senate Agriculture Commission on May 16 to document their situation. Drought is a huge problem for farmers, compounded by the high price of inputs, lack of fertilizer, etc. In many drought-stricken areas, producers are forced to fire their workers and stop exporting because production of quality produce is impossible.

One producer, who had farmed for 30 years, warned the Senators that Chilean agriculture is facing a crisis, and that the nation’s food security is in jeopardy. And, he said, the problem isn’t just national, but global. This is an emergency, he stressed.