People First – Defend the Farmers Against Green Policies and Speculators! 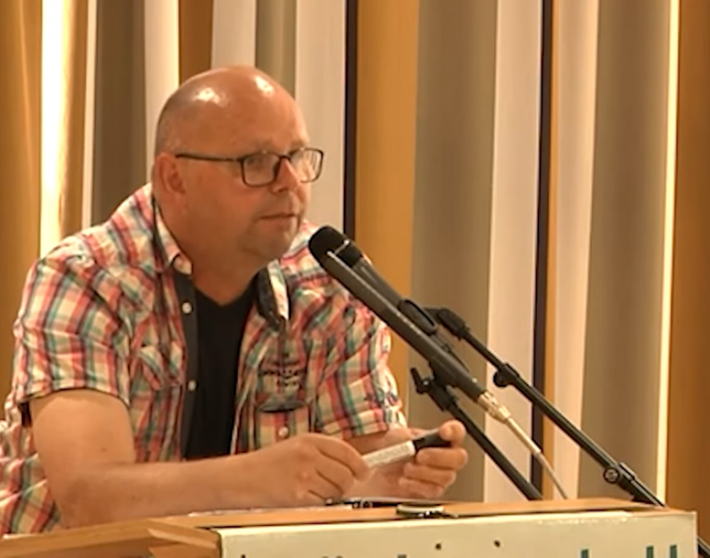 People First – Defend the Farmers Against Green Policies and Speculators!

July 11, 2022 (EIRNS)–Alf Schmidt, a sheep producer and farm leader from Thuringia, addressed the Bueso national convention on July 2 in Frankfurt with a hard hitting, extensive insight on the insanity and deliberate destructive agricultural policies, which are perpetrated in Germany by current “Green” leader Cem Özdemir, Federal Minister of Food and Agriculture, as well as by government leaders in The Netherlands and all over Europe.

Schmidt started his remarks by asking “Why were there no greenies in East Germany [GDR]?” The answer? “Education was mandatory.”

His presentation title was “Özedemir’s Agricultural Policies – Food as a Weapon.”  With many examples and frightening anecdotes, he showed how agricultural production in Germany is being further and further destroyed and ultimately made completely impossible – by increasingly crazy legal requirements and regulations imposed in the name of animal, environmental and climate protection.

The speech was a very shocking eye-opener for the audience, and made clear how urgent it is to create international alliances between farmers, entrepreneurs, and all other citizens, for the common good, before vital productive activity in all areas is completely ruined, and the basis for human existence has vanished.

Some examples: As a sheep farmer, Schmidt has recorded around €1.2 million in damage caused by the return of wolves. The demanded reduction in the use of fertilizers, would reduce the quality of the grain so much that it can be used only as fodder, but no longer as bread grain. Large areas of land would be taken away from agricultural production for insect protection and water protection. The stricter regulations for animal transport would be practically impossible to meet.

In the end, agriculture in Germany would be shut down and Germany would become completely dependent on food imports from abroad. The independent farmers would be ruined, and the land would be bought up by large companies. He said that it was already becoming apparent that food production would decline drastically.

Finally, he showed a video statement by Sieta van Keimpema, press officer of the Farmers Defense Force and chairwoman of the European Milk Board, who explained for a German audience the reason for the farmers’ protests in the Netherlands: the government had decided on drastic conditions aimed at forcing one third of all farmers to give up their farms.

Alf Schmidt spoke at the international Schiller Institute conference Nov. 14-15, 2021 in the panel on physical economy.