China: Failed Bloc Policy in Europe Not Needed In Asia 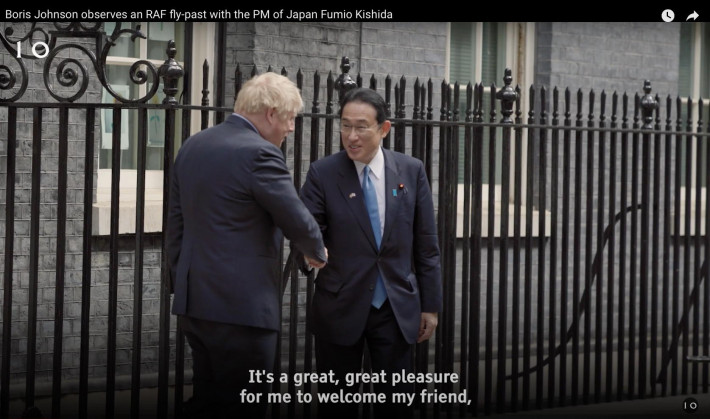 China: Failed Bloc Policy in Europe Not Needed In Asia

China: Failed Bloc Policy in Europe Not Needed In Asia —

May 7, 2022 (EIRNS)–Global Times lead editorial today expressed the outrage in China at the new military cooperation between Japan and the UK, following the Thursday signing of a Reciprocal Access Agreement (RAA) between Prime Ministers Boris Johnson and Fumio Kishida in London. They write: “NATO, which created division in Europe and waged wars around the world, is trying to apply the tricks of `bloc politics’ and `confrontation between camps’ to the Asia-Pacific region. For a long time, the UK has propagated on several occasions `the globalization of NATO’ and the `need to preempt threats in the Indo-Pacific’ and to ensure the island of Taiwan `is able to defend itself.’ Within the Asia-Pacific, Japan is abnormally active in catering to such a scheme. It seems Tokyo wants to be the `traitorous guide’ for NATO’s expansion in the Asia-Pacific region.”

The editorial warns that Japan is planning to dump its pacifist constitution and “resurrect its militarism.” Noting that Kishida visited Indonesia, Vietnam and Thailand before travelling to Europe, the editorial says his efforts to get these ASEAN nations to join in bashing Russia and China did not succeed: “Asian countries that received Japanese officials have kept vigilant toward Tokyo’s remarks and been reluctant to echo Japan. Not until in the UK, which wants to recover its glory, has Kishida felt some `warmth of a friend.’ This will easily make people recall the Anglo-Japanese Alliance in the 20th century.”

Asia has remained peaceful in recent decades, they add, because Asian nations “have been seeking common ground while putting aside differences. With vision beyond ideological and geopolitical divergence, Asian countries have engaged in pragmatic cooperation in the globalization era. These made Asia the most vital and dynamic region in the world and made `Asian century’ a lasting discussion topic in the international strategic sphere.” It is now clear that the western security model has failed, they add, and bringing that failed model to Asia has the “intent to undermine regional peace and stability…. Asian countries must remain on high alert. History over and over again showed that a country’s security cannot be based on other countries’ insecurity…..  The NATO military bloc is poison, not an antidote, to the security anxieties and tensions in the region…. Vigilance against and rejection of the `NATO expansion into Asia-Pacific’ should become the strong consensus and collective consciousness of all countries in the region.