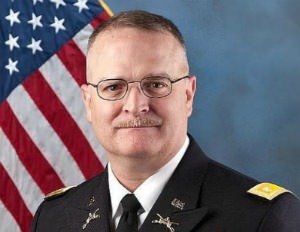 May 4 (EIRNS) – Lt. Col. Daniel Davis (ret.) of Defense Priorities sharply warned against the danger of nuclear war with Russia, in an article published yesterday in {Responsible Statecraft}. Davis is a 21-year Army veteran and a well-known whistleblower on Afghanistan and other matters. Although he criticizes Russia for invading Ukraine, and even supports economic sanctions against Russia, Davis draws a bright red line at the point that nuclear war enters the discussion.

“Rep. Adam Kinzinger’s proposed AUMF is the latest salvo from D.C.’s elite pushing the U.S. in the wrong direction to do more in Ukraine,” he states. “Any war between Washington and Moscow stands a disturbingly high chance of going nuclear; an outcome that must be avoided at all costs.”

Joining the growing chorus of voices in the U.S. and internationally who have started to speak out about the danger of nuclear war, Davis is emphatic: “The United States should not fight a war—any war—unless it is absolutely needed to prevent an actual or looming attack on our people or homeland. Period. War is not a tool to compel others to do our will. It is not an appropriate means of `punishing’ an adversary for engaging in actions we don’t like—and that includes Russia…. It would be the height of irresponsibility for American policymakers to take actions that make war with a nuclear superpower likely….

“If we pushed beyond the limits of supplying Kyiv with weapons and into direct confrontation with Russia, and then an American city was subsequently scorched with a Russian nuclear blast, I can assure you that no American would believe the cost was worth trying to help Ukraine. It wouldn’t even matter if we flattened Russian cities in response, once the nuclear genie is let out, most of both countries could be turned into a nuclear wasteland.

“There is absolutely nothing related to Ukraine that could, in any way, justify the risk to American citizens and cities of a nuclear explosion resulting from a war between our two countries. It is time to stop any consideration, at all, of an intentional military action that could spawn a direct clash between Washington and Moscow. It bears repeating once more: there is nothing, at all, at stake in the Ukraine-Russia war that justifies risking actions which could eventually result in the nuclear devastation of America.”