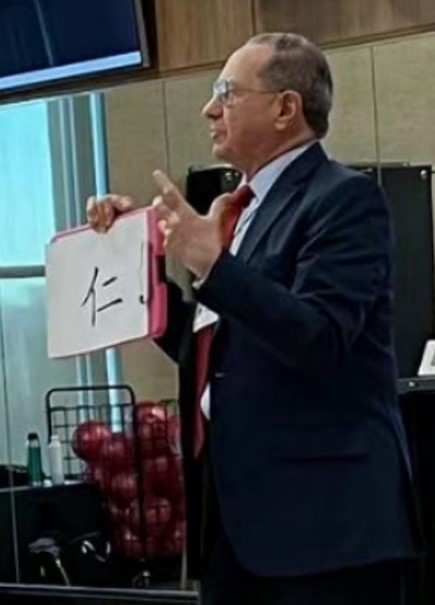 Jan. 6, 2022 (EIRNS)–{The following is the full text of an article published today by Russian news agency TASS, based on an interview with Richard Black of the Schiller Institute.}

NEW YORK, January 6. / Corr. TASS Grigory Sapozhnikov /. The statement by the leaders of the nuclear “five” (Russia, Great Britain, China, the United States and France) indicates that the countries can work together to resolve strategic problems and crises of an extraordinary and unexpected character. This opinion was expressed in an interview with a TASS correspondent by the representative of the Schiller Institute in New York, Richard Black.

“The statement of the ” five” countries of the UN Security Council is positive in two aspects. First, it is a confirmation by all five countries of the earlier joint statement by Mikhail Gorbachev and Ronald Reagan that a nuclear war cannot be won and must never be fought. as has been also stated more recently by Presidents Joe Biden and Vladimir Putin. Secondly, the statement of “the five” of the Security Council demonstrates that it would be possible for those countries to act together to solve other most urgent and complicated strategic problems concerning the life and death of civilization.

According to the Institute’s spokesman, Russian President Putin immediately has put on the agenda the need to stop “the current slide into a nuclear confrontation between the US and NATO on the one side, and Russia on the other.” Black stressed the importance of the required signing — by the US and the North Atlantic Alliance — of draft treaties on legally binding security guarantees, demanded by President Putin. “The draft agreements proposed by the Russian President are a call for action in the immediate days ahead,” Black said.

Black generally regarded the “five” statement as a step in the right direction. The “five” can now work “on special extraordinary problems, such as the situation in Afghanistan and the fight against the pandemic,” he said. Countries can cooperate both to prevent nuclear war and to ensure stable development. The question is, he said, “Will they cooperate?”  {The article is found here.}