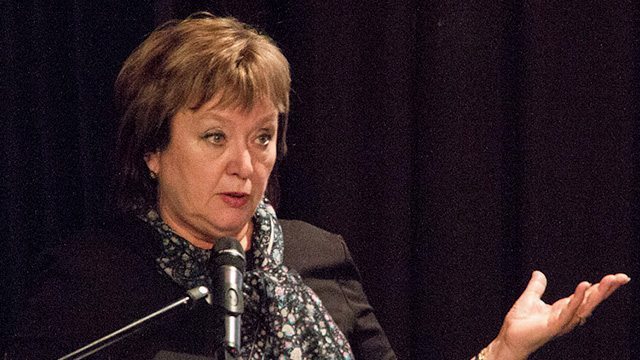 Delegates to the XXXII Extraordinary Congress of the Progressive Socialist Party of Ukraine (PSPU) voted up an appeal by the Congress to the United Nations Organization (UN), the Organization for Security and Cooperation in Europe (OSCE), the OSCE Office for Democratic Institutions and Human Rights (ODIHR), and the European Parliament, in connection with government repression against the PSPU, terrorism carried out by neo-Nazis, and the threat of election fraud in Ukraine.

The Organization for Security and Cooperation in Europe

The OCSE Office on Democratic Institutions and Human Rights (ODIHR)

Of the XXXII Extraordinary Congress

of the Progressive Socialist Party of Ukraine

The delegates of the XXXII Extraordinary Congress of the Progressive Socialist Party of Ukraine (PSPU), a systemic opposition party, urgently request that you investigate the political, informational, inter-ethnic, interconfessional, and socioeconomic processes taking place in Ukraine, in order to make an objective evaluation of their correspondence to the norms and principles of international law; the Ukrainian government’s fulfillment of its obligations with respect to defense of the rights and freedoms of Ukrainian citizens; and the correspondence of the current reform policy to European values.

We are forced to appeal to you because many facts, including ones concerning the opposition PSPU and its leaders, demonstrate that, in place of the promised European democracy in Ukraine, what is being carried out is political, moral, psychological, physical, and informational terrorism against opposition political parties and public organizations. Taking part in this terrorism are agencies of the state, as well as Nazi fighters who enjoy protection from Ukrainian law enforcement agencies. Under conditions of socioeconomic catastrophe and civil conflict, which has crossed the boundary into civil war, a way out, and into a peaceful democratic process, may be found in the process of honest, competitive elections of the President and Parliament of Ukraine, scheduled for 2019. Under current conditions, however, in which democracy and democratic procedures are absent, we believe that it will be impossible for the upcoming Presidential and Parliamentary elections to realize the fundamental democratic principle of the free expression of the will of the citizenry, because politically motivated repression is being carried out against opposition parties and politicians.

Our Progressive Socialist Party of Ukraine, in particular, has been a victim of such repressions. Specifically:

The criminal cases opened on this crime have practically not been pursued for two years. And this has remained the case despite court rulings, which obligated the raiders to remove impediments to the use of this office.

The Kyiv City Appeals Court, in a decision dated July 4, 2018, in case N82618543/17, ruled that the actions of the Ministry of Justice of Ukraine with respect to the documents of the XXXI Congress of the PSPU were illegal. To this day, however, the Ministry continues to throw up obstacles to registration of the party’s documents, and the PSPU has been forced to conduct the present XXXII Extraordinary Congress, in order to fight for its right to participate in the upcoming 2019 Presidential and Parliamentary elections in Ukraine, and to conduct full-fledged, lawful political activity.

Also not properly investigated is the terrorism committed by the National Corps against the party’s leaders—People’s Deputy of Ukraine (1995-2002) and candidate for the Presidency of Ukraine in 1999 and 2004 Natalia Vitrenko, and People’s Deputy of Ukraine (1990-2002) Vladimir Marchenko—when the militants attempted to break into their apartments on May 9, 2017. The police have refused to open criminal cases on instances of crimes by the neo-Nazis. Attempts to force the police to open such cases and conduct investigations, in accordance with court decisions, is de facto being sabotaged for political reasons. And this is happening despite the decision of the Kyiv Administrative Appeals Court, dated September 5, 2018, in case N826/6463/17, which ruled that the non-action of the National Police of Ukraine regarding these events was illegal.

The S-14 Nazis’ attack on the PSPU leaders outside the building of the Kyiv City District Administrative Court on April 26, 2018 is not being properly investigated.

There are many instances of thorough violation of European values and the rights and freedoms of citizens, as well as of preparation for falsifying the outcome of the elections. The question arises: Do such processes correspond to the values you declare and defend? Does this correspond to the norms and principles of international law and the responsibilities of the government of Ukraine to obey them?

Political rights are inalienable for every person, every citizen. Without respect for them, life will not change for the better.

Chairman of the PSPU Natalia Vitrenko