Afghanistan Is at “the Precipice;” More Than Half of Its People Now Face Famine 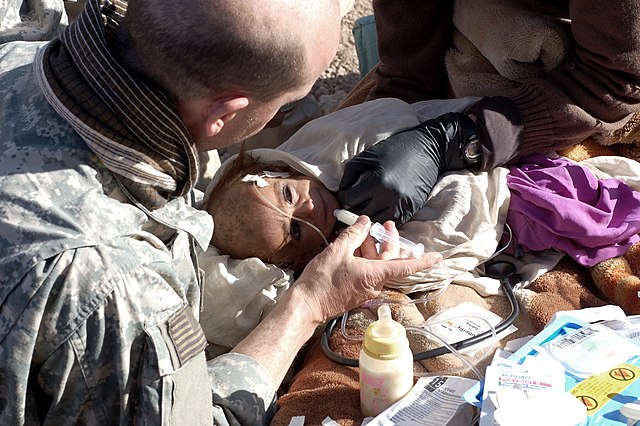 Afghanistan Is at “the Precipice;” More Than Half of Its People Now Face Famine

The latest “Food Security” report on Afghanistan released yesterday by the U.N.’s Food and Agriculture Organization (FAO) and World Food Programme (WFP) raises the alarm that Afghanistan is becoming the largest humanitarian crisis in the world—beyond even the horror of the famines in Yemen, Ethiopia, Syria, and South Sudan. The facts, maps, and descriptions included in that report make clear that mass death has begun, and that the U.S.-led Western financial sanctions are playing a major role in this catastrophe. This is genocide.

The number of Afghanistan’s people suffering “acute food insecurity” has risen, even after this season’s harvest, from 14 million to 18.8 million people—47% of the nation’s population. That’s a 37% increase since the last assessment carried out by these agencies in April. The FAO and WFP now project that, come the November to March winter months, at least 22.8 million people—more than half (55%) of Afghanistan’s people—will be starving to death. Be clear: “acute food insecurity” is not chronic hunger; it is defined as “when a person’s inability to consume adequate food puts their lives or livelihoods in immediate danger.”

“Economic decline” stemming from the imposition of international financial sanctions is identified right up front as a “key driver” of this catastrophe, along with conflict and drought. “In the wake of Afghanistan’s political transition and the consequent freezing of US$ 9.5 billion in national assets, the economy plummeted,” the report acknowledges. “The banking system suffered severe disruption, and the national currency lost 12.5 percent of value, leading to high unemployment and food prices.”

In large part because of the sanctions, “for the first time, urban residents are suffering from food insecurity at similar rates to rural communities…. Across cities, towns and villages, virtually no family can afford sufficient food, according to recent WFP surveys,” the World Food Program reported in a press release. “Rampant unemployment and a liquidity crisis are putting all major urban centers in danger of slipping into a Phase 4 emergency level of food insecurity, including formerly middle class populations,” the report finds.

“Afghanistan is now among the world’s worst humanitarian crises—if not the worst—and food security has all but collapsed,” WFP executive director David Beasley warned in releasing this report. “This winter, millions of Afghans will be forced to choose between migration and starvation unless we can step up our life-saving assistance, and unless the economy can be resuscitated…. Hunger is rising and children are dying … the international community must come together to address this crisis, which is fast spinning out of control.”

The WFP press release cites one of the authors of the report, Jean-Martin Bauer, on how one million Afghan children, right now, are in danger of dying of hunger. Bauer asserted that “no one wants to see Afghan children die as a result of, you know, politics, essentially.”

Prove him right; join the Schiller Institute’s international campaign to end the financial strangulation of Afghanistan, and sign and circulate its “Call to Release the funds of the Afghan people.”