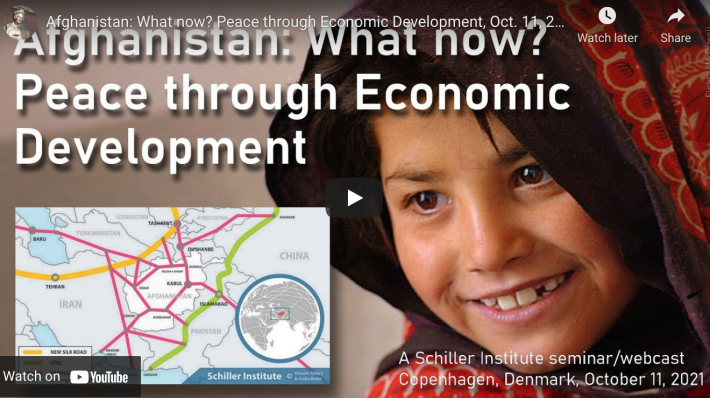 October 15, 2021by Malene Robinson in General

On October 11, 2021 the Schiller Institute in Denmark held a seminar in Copenhagen, Denmark. Now that the war in Afghanistan is over, and many people in the West are shaken by the events, there is an opportunity to exchange the policy, which has been based on regime change and military interventions to a policy for peace through economic development. That goes for Afghanistan and also for the rest of the world.

Speakers:
Hussein Askary: the Schiller Institute’s Southwest Asia Coordinator, board member of the Belt and Road Institute in Sweden

Prof. Pino Arlacchi: Executive Director of the UN Office for Drug Control and Crime Prevention (1997-2002), and former EU Rapporteur on Afghanistan. Professor of Sociology at the University of Sassari in Italy