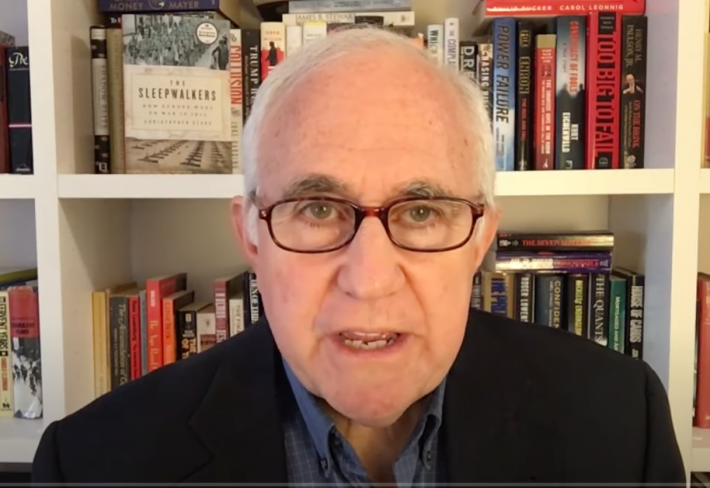 March 18: What is the Goal of the U.S./NATO Powers in Ukraine? 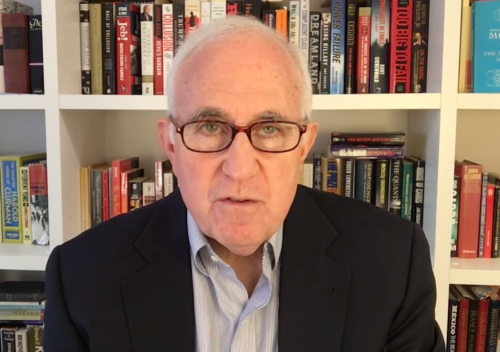 Who Wants a Bigger War??

As there is a growing potential for a peaceful resolution to the fighting in Ukraine, who is standing in the way of that prospect?  Naturally, it is the War Hawk/neoliberal networks of the Anglo-American financial establishment, which threaten sanctions against any nation which would intervene, and any individual seeking peace.  They are desperate to sustain their bankrupt world order.  Peace requires that that order be shut down, through bankruptcy reorganization, and replaced by agreements among sovereign states for mutually beneficial economic policies, as the proposal for a New Bretton Woods, drafted by Lyndon LaRouche, would accomplish.  Join us to mobilize for a new security and financial architecture which protects the interests of all nations and their people: Sign and circulate our petition:
https://schillerinstitute.nationbuilder.com/convoke_an_international_conference_to_establish_a_new_security_and_development_architecture_for_all_nations
HARLEYSCH@gmail.com

Are You Ready for War-Time Austerity?

The inevitable is finally here. The global financial system is in a terminal phase of collapse, as the burden of debt far exceeds the ability of hollowed-out economies to service it. The question is, Who will pay the price — the oligarchs whose policies caused this, or the average person, who is being told to sacrifice, so the debt can be sustained on the books of bankrupt speculators? As former German President Gauck said, “We should be willing to freeze for freedom.” But it’s not Putin who caused this, but the oligarchs who are using the people of Ukraine as cannon fodder in a proxy war to destroy Russia. Join us to turn this around — put the oligarchs into bankruptcy, and rebuild the world economy with American system methods. Sign and circulate our petition.

A possible default of Russian debt; strikes by truckers in Italy and Germany, and by fishermen in Italy and Spain; inflation takes off in the U.S.; no-fly zones and a Shakespearean reference from Lindsey Graham (?); will it be up to U.S. and Russian military officials to stop the madness?  And a humorous side to the war tensions!

Fears are surfacing among western financial networks that the sanctions policy against Russia could trigger a global debt default.  Victoria Nuland admitted under oath, during Senate testimony, that the U.S. has bioweapon labs in Ukraine, despite continuing denials from other U.S. officials.  And the Russians released a war plan, drafted by the Commander of Ukraine’s National Guard, on January 22, which shows that Ukraine intended to launch a deadly, full-scale invasion against the Donbass republics later this month, had Putin not intervened.  As the truth emerges, why would anyone believe the stories fed to the mainstream media by the War Hawks, given the ample evidence that they are serial liars when it comes to psychological warfare measures to promote wars and regime change?

Why Have India, Brazil, South Africa and Pakistan Refused to Condemn Russia?

The Trans-Atlantic so-called democracies have not just launched economic warfare against Russia — they have declared economic war against their own populations!  The sanctions against Russia, which are expanding daily, are already having a disastrous impact in the west, accelerating soaring prices for fuel, heating and food.  But this has not been caused by Russia.  The global financial system is bankrupt, due to the policies of the financial oligarchy; and they are trying to blame Russia for the consequences of their own decisions.

Economic Warfare Against Russia and the Great Reset

The refusal to negotiate with Putin, and accept his demand that reasonable security guarantees be extended to Russia, is what provoked his actions for the demilitarization and denazification of Ukraine.  This refusal to engage in serious negotiations, which has been U.S.-NATO policy for at least 15 years, is NOT based on a defense of Ukraine’s sovereignty and freedom, but to provide an excuse for economic warfare against Russia.  WHY?  The economic annihilation of Russia is an essential precondition for the successful implementation of the Great Reset and Green New Deal, which Russia and China will not accept, as it requires that they surrender their sovereignty to a global central banker’s dictatorship.  To resolve this crisis, join us in mobilizing for a convention to establish a new security architecture — sign and circulate this petition:https://schillerinstitute.nationbuilder.com/convoke_an_international_conference_to_establish_a_new_security_and_development_architecture_for_all_nations