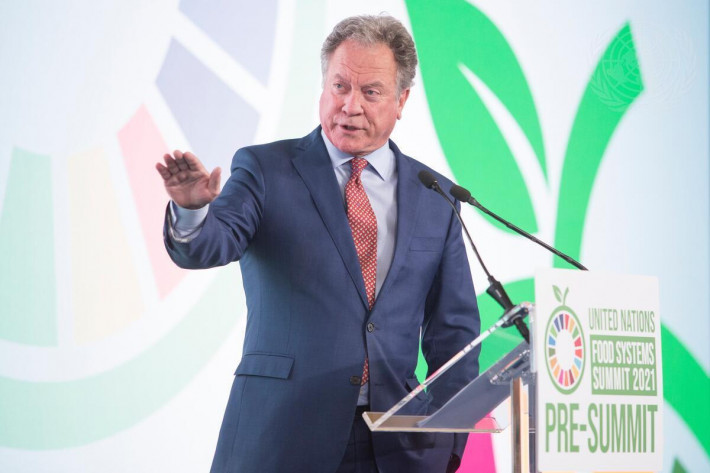 Today’s UN World Food Systems Summit was a 13-hour marathon of 215+ speakers (mostly pre-recorded,) and short videos, on the themes of making commitments to altering food and farm practices to be “nature-positive” (as if humanity is unnatural). Dozens of national representatives spoke, along with NGOs and foundations, e.g. Melinda Gates of the Bill & Melinda Gates Foundation. All principal UN agency leaders spoke, from the World Health Organization to the Food and Agriculture Organization. There were some threatening statements, e.g. from Lord Goldsmith, the UK Minister for Pacific and the Environment, who said, “we must reconcile our lives and economics with the natural world,” and protect the Earth with “nature-based solutions.” He called for increasing forests, and reducing cropland.

David Beasley, Executive Director of the World Food Program (WFP) was outspoken that our task is to stop conflict and hunger. There were 4.7 million deaths over the past 18 months from COVID-19, but 16 million deaths from starvation, he said. “We’ve got the expertise. We’ve got the determination.” The question is, “What are we going to do?” He said that every day over this past year, the billionaire echelon increased their wealth by $5.2 billion, and 24,000 people died of starvation per day. This means the billionaires increased their wealth $216 million per hour, and 1,000 people per hour died. He began by estimated that there is $400 trillion of wealth in the world, and only a few billion are needed to save all the lives now in danger. Twice he said, “Shame on us.”

He did NOT speak about “resilience…inclusivity…women’s empowerment…indigenous rights…changing dietary consumption habits…nature enhancement….biodiversity” He said that we must produce and deliver the food, and stop the conflicts. He issued a call to action. That’s how to use the summit, he stressed. “Love our neighbor as an equal….A child in Niger is equal to a child in New York.” Save these lives. “Children can’t eat empty promises. It’s up to us to make food and nutrition a reality.”