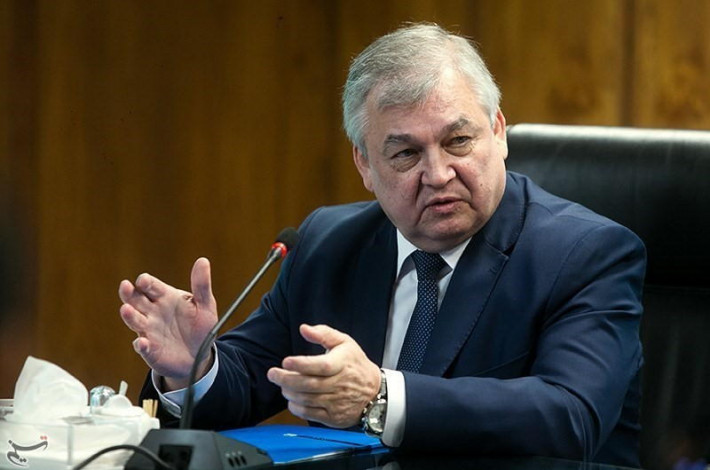 July 9 (EIRNS)–In a press conference following the Astana format meeting on Syria yesterday, held in Kazakhstan,  Russian Special Presidential Envoy for Syria Alexander Lavrentyev denounced what he called the “collective punishment” of the Syrian people through Western sanctions. “We believe the consultations that we have held here in Nur-Sultan give hope that our call on the international community [will make it possible] to move the focus from efforts to stabilize the situation in Syria in military terms to humanitarian issues and activities aimed at providing humanitarian assistance to the Syrian people,” he pointed out. “And definitely, the deplorable practice of collective punishment for the Syrian people has to end,” Lavrentyev added.

Humanitarian aid needs to be delivered through the country’s legitimate authorities, and in this regard, Russia calls for the establishment of a mechanism to deliver humanitarian aid to all parts of Syria via Damascus, he said.

About 24 hours after Lavrentyev’s remarks, the UN Security Council passed a compromise resolution, today, on extending the UN mandate for cross-border delivery of humanitarian aid supplies from Turkey to Syria’s Idlib province. The new resolution extends the mandate for six months until Jan. 10, 2022, with an automatic extension for another six months until July 10, 2022, subject to U.N. Secretary-General Antonio Guterres issuing a report on the “transparency” of the aid operation and progress on delivering aid across conflict lines within Syria as Russia wanted. The resolution also welcomes “all efforts and initiatives to broaden the humanitarian activities in Syria, including water, sanitation, health, education, and shelter” as well as early recovery projects.