Matlock: We Withdrew from Basic Agreements with Russia 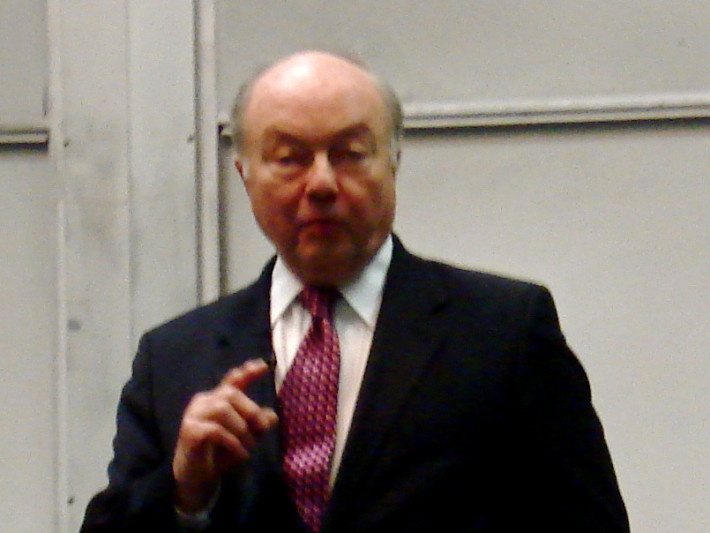 Matlock: We Withdrew from Basic Agreements with Russia

June 18 (EIRNS)–The National Security Archive at George Washington University in Washington, D.C. published on June 16 a package of interviews with all of the U.S. ambassadors to Russia since the late 1980’s, starting with Jack Matlock. EIR has yet to review the entire package but Russian President Vladimir Putin figures largely in the interviews as he’s been there for the entire period of those ambassadorships. The response of Jack Matlock, who was ambassador to the then-Soviet Union from 1987 to 1991, to a question on Putin, is of significance, given the recent British effort to mythologize the history of that period, particularly with respect to German re-unification and NATO expansion.

“I think to be fair to Putin, I would say he started out being-–hoping to be-–an ally of the United States. He was the first to call President Bush after 9/11; he offered full cooperation in our invasion of Afghanistan, including overflights, intelligence, and so on,” Matlock noted. “What did we do in exchange?”

“We withdrew from some of our most basic agreements with Russia,” Matlock went on, answering his own question. “We kept expanding NATO, something that the first President Bush had promised Gorbachev we would not do if he allowed the unification of Germany and Germany to stay in NATO. Step by step we pulled out of even our most basic agreements and then, increasingly, are surrounding Russia, right up to their borders, right up to beyond their borders of the former Soviet Union, with a military alliance which they are not in.”

Matlock was not endorsing the style of internal politics in Russia and expressed his own view that there are things he believes Putin has done that have been damaging to Russia but, he stressed, “the Russian people are entitled to choose their leadership, and though his popularity may not be quite what it used to be, it is still greater in Russia than any of our recent presidents have been in the United States. And I would suggest that, before we condemn him too much, we think about that.”