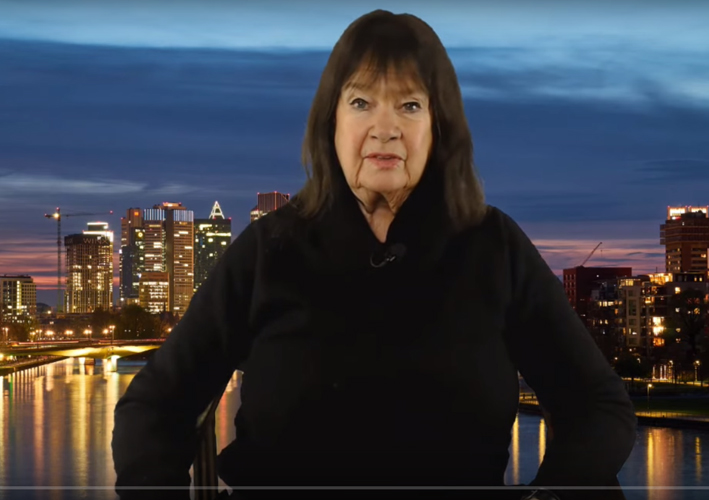 Not content with ramming through the U.S. House a completely unconstitutional impeachment of President Trump, Nancy Pelosi is continuing, on behalf of the anti-Trumpers, the drive to destabilize the U.S., and use the crisis created by the Obama intelligence team to destroy the nation as a republic. Helga Zepp LaRouche reviewed the fake narratives from Russiagate to Ukrainegate, then used Trump’s letter to Pelosi to show that the president is fully aware that this is an attack on the constitution. Those behind Pelosi still refuse to accept that they lost to Trump in 2016 because of the damage done by their neo-liberal economic policies, and the neocon geopolitical doctrine, that trapped the U.S. into unpopular, endless wars.

She ridiculed the idiotic decision to flood the markets with liquidity, up to $500 billion in the next weeks, in a vain effort to stave off the collapse of the system. But in the process of escalating both strategic crises and financial chaos, the potential exists for their defeat, especially if supporters of the LaRouche movement lead the fight to restore the American system. There is motion everywhere, but it must rise above narrow, local remedies, to big solutions, such as those of Lyndon LaRouche, which can move us out of the collapsing paradigm.

She urged our viewers to take advantage of the coming Beethoven year, of his 250th birthday in 2020, to experience his transcendence in music, which can enable one to access their creativity, and develop the human qualities needed to change history. We are at a “crossroads of history,” she concluded, which could lead to total catastrophe if Trump is removed from office; or could initiate a New Paradigm of peaceful development and cooperation among sovereign nations if enough of our supporters take up this challenge.