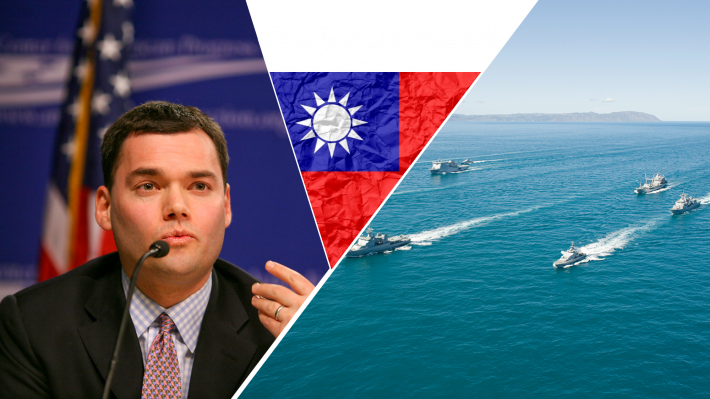 May 6 (EIRNS)–Under the title: “Biden’s Taiwan Policy Is Truly, Deeply Reckless,” the New York Times Opinion writer Peter Beinart warned on May 5 that the Administration’s policy is bringing us very close to war, and quotes experts that the war would become nuclear. He also quotes military experts that the U.S. could not win such a war — simply driving home that such a war would likely become nuclear by a desperate and crazy U.S. leadership.

Beinart writes: “Like the Trump administration before it, the Biden team is now progressively chipping away” at the One China policy, which has prevented war over these past decades.

He notes: “Last summer, Democrats removed the phrase `one China’ from their platform. In January, Mr. Biden became the first American president since 1978 to host Taiwan’s envoy at his inauguration. In April, his administration announced it was easing decades-old limitations on official U.S. contacts with the Taiwanese government. These policies are increasing the odds of a catastrophic war. The more the United States and Taiwan formally close the door on reunification, the more likely Beijing is to seek reunification by force.”

Beinart quotes Harvard’s Graham Allison: “No Chinese national security official I have ever met, and no U.S. official who has examined the situation, doubts that China would choose war over losing territory it considers vital to its national interest.” He quotes Fareed Zakaria: “The Pentagon has reportedly enacted 18 war games against China over Taiwan, and China has prevailed in every one.” He notes: “Within 500 miles of the island, mainland China boasts 39 air bases. The United States possesses two. To come to Taiwan’s aid, U.S. forces would need to cover huge distances, and China has built an arsenal of advanced anti-ship missiles, sometimes called “carrier-killers,” which are designed to make such a rescue mission hideously costly.”

In other words, the U.S. can not win such a conventional war. Beinart notes: “Some of America’s most experienced China experts — including former ambassador to Beijing J. Stapleton Roy and Chas Freeman, who served as Richard Nixon’s interpreter on his 1972 trip to China — believe such a conflict would risk nuclear war. He adds that, according to the Chicago Council on Global Affairs, 85 percent of Republican leaders support defending Taiwan militarily, but “only 43 percent of Republicans among the public agree.”

He concludes: “What’s crucial is that the Taiwanese people preserve their individual freedom and the planet does not endure a third world war. The best way for the United States to pursue those goals is by maintaining America’s military support for Taiwan while also maintaining the “one China” framework that for more than four decades has helped keep the peace in one of the most dangerous places on earth. Hawks will call this appeasement. So be it. Ask them how many American lives they’re willing to risk so the United States can have official diplomatic relations with Taiwan.”

Beinart is a professor of journalism and political science at The Newmark School of Journalism at The City University of New York, and is editor-at-large of the “progressive” Jewish Currents..