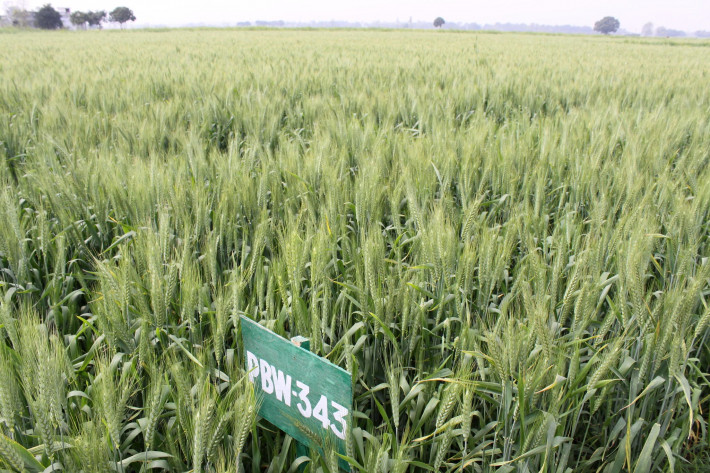 This article was published by The LaRouche Organization. A PDF can be printed here.

April 27—A major clash is now out in the open, between those nations and leaders backing measures to end the Ukraine conflict and produce more food to prevent famine, and those financial and political interests, centered in the Trans-Atlantic, perpetrating their “rules-based,” sanctions-based order, who want more weapons to Ukraine, and who couldn’t care less if it prevents settling the conflict or creates desperate hunger. We face the risk of nuclear war.

Who is for a food mobilization? The informal list ranges from India, to Argentina, to nations in Africa, as well as Russia and China. It includes all the farmers in Europe, the U.S. and India, who have been protesting for years, just for the right to be able to continue to produce food. And it includes the Schiller Institute, which has been leading the fight on precisely this issue.

India put the question on the world agenda April 22 in Washington, D.C. A joint press conference was held by two top Indian representatives, Finance Minister Nirmala Sitharaman and the Indian Ambassador to the U.S. Taranjit Singh Sandhu at the end of the annual spring summit of the IMF/World Bank. Sitharaman reported that she had told summit officials that “countries like India, which have potential for exporting agricultural production, particularly cereals, have faced difficulties with the WTO.”

The “difficulties” she politely referred to, include the WTO rules-based subversion of the sovereign right of governments to support their farmers, maintain food reserves, export, and even attempt to have food self-sufficiency. Since its founding in 1995, the WTO rationalizes suppressing nations’ food supply, by declaring that food security comes only from “access to world markets,” not from your own country developing its farm sector. According to WTO rules, India supports its farmers more than 10% of their costs, so India cannot be allowed to export wheat and rice, or they violate the rights of American, European and other farmers to sell grains!

Stop this deadly tyranny. Support farmers everywhere in the world, and get the food to everyone in need—from Afghanistan, to Yemen, to Africa, to Haiti.

First, implement emergency measures, coordinated by leaders from the major producing nations, to get inputs of fertilizer, fuel, seeds, chemicals, machinery—now disrupted—to support farmers to the hilt in targeted locations that can produce the most exportable crop in the shortest time, like India. For wheat, for example, this means, maintaining and increasing the 200 million metric tons (mmt) exported annually. Double it as soon as possible. Make up for the loss of 19 mmt of yearly wheat exports from Ukraine, and rebuild as soon as possible. Do the same for rice, oils, beans, and all other staples.

The goal is to double world food production as soon as possible, reaching a world output in the range of over 4 billion mmt of grains (all types), from the current 2.7 mmt. Over 800 million people were food insecure before the pandemic and hyperinflation, and now a billion people could reach starvation in the coming year, without our acting.

India’s Prime Minister Narendra Modi told President Joe Biden earlier this month that India has grain to help fill the world wheat gap, worsened by the Ukraine crisis and sanctions, if the WTO lifts its restrictions. In Argentina, Foreign Minister Santiago Cafiero made clear on April 23 that his nation will do everything possible against hunger, but will not join the sanctions against Russia. Argentina sees food security as a key topic to discuss at the June Summit of the Americas in Los Angeles, California. Russia is providing fertilizer to India, Brazil and other nations.

These commitments to fight the food crisis are just part of the worldwide realignment underway, essential to defeat Global NATO’s onslaught for war and starvation. The West is pouring arms into Ukraine, opposing any diplomatic negotiations for a resolution. The West is demanding we blame hunger on Russia, while preventing any increased food production drive to stop starvation. This is insane.

Join the Schiller Institute’s drive as a policy forum toward the convoking of an international conference to bring about a new security and development architecture, in the interests of all nations.