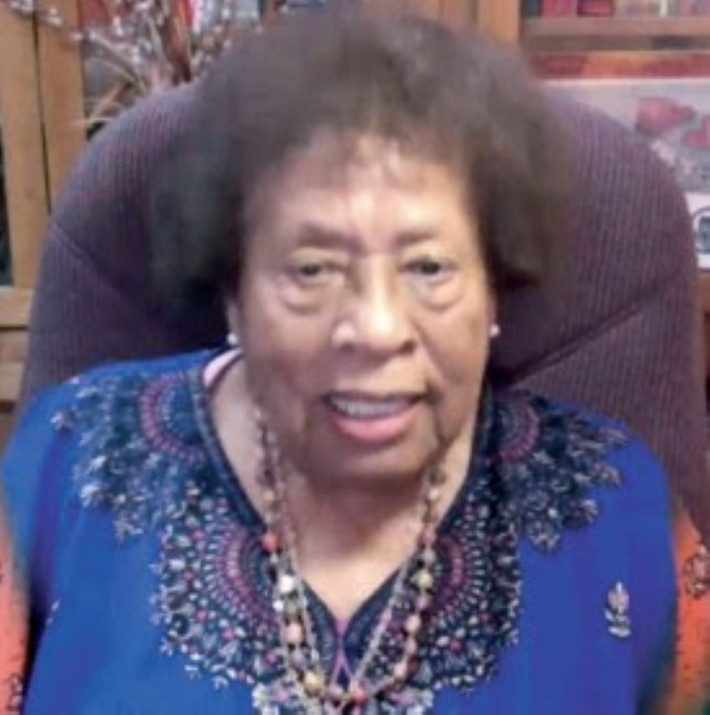 May 28, 2021by Mary Jane Freeman in COVID-19, Economic development updates, General, General updates, Healthcare, Healthcare, Our initiatives (petitions, etc), The Committee for the Coincidence of Opposites

Dr. Joycelyn Elders, Committee for the Coincidence of Opposites, on Caribbean Facebook Forum on Health Security

May 27, 2021 (EIRNS) – A forum was held today in Trinidad Tobago, streamed on Facebook Live Video with the online participation of Dr. Joycelyn Elders, former U.S. Surgeon General, who co-founded the Committee for the Coincidence of Opposites in 2020 with Helga Zepp LaRouche, Schiller Institute President. The topic was, “Building Global and National Health Infrastructure in the Wake of Covid.” Host Dr. Kirk Meighoo opened the hour-long dialogue, which is the second of a weekly series for a new season of his The Story Club series, with quotes from the May 14 Committee release, “Global Health Security Requires Medical Infrastructure in Every Country—Major Industrial Nations Must Collaborate Now!” The forum also airs in India.

Joining Dr. Elders were Dr. Tim Gopeesingh, from Trinidad Tobago, and Marcia Merry Baker, from EIR News Service. Dr. Gopeesingh’s long background of both medical specialty—gynecological oncology—and long, high-level public service, parallels Dr. Elders, who is a pediatrician, and the two compared views on many concrete aspects of health care, from teaching, to community health, to hospitals. Gopeesingh was a Cabinet Minister, Member of Parliament, Senator, and Health Administrator. He personally oversaw a dramatic expansion of the medical care delivery capacity in Trinidad Tobago. He was on the faculty of the University of the West Indies—which has multiple locations in several nations, and served as Clinical Dean of the Faculty of Medical Sciences there from 1994-1997.

The two physicians stressed the necessity for building capacity to deliver care. Elders said that the pandemic has revealed the “soft underbelly” of the inadequacies of medical and public health systems. On the U.S. situation, she said that for years the U.S. has not had “health care.” Instead, it has “sick care.” Both doctors spoke of providing health care in the community.

Gopeesingh described some of the capacity he had helped to build up, including new hospital resources. Then, he said, another administration came in and let the system languish. One hospital was completely shut down; now with COVID-19, it has been reopened. Elders concurred strongly, that “leadership” is the biggest need in public health and medicine. She presented “Five Cs” for leadership. Among them, Concern, Competence, and Commitment. Elders recounted when and why the Committee for the Coincidence of Opposites was founded in 2020, as the “brainchild” of Helga Zepp-LaRouche, to show that people can work together.

Baker identified the green evil we now see from the Wall Street-City of London crowd. UN Climate Action Envoy, and former Bank of England governor Mark Carney tells Africa that they should not develop their resources or build infrastructure. They should sell carbon offset credits for retaining a primitive economy, and just die off, while the bankers try to create a green bubble for themselves off the new carbon credits market. This must be stopped. Baker reported the opposition to this, in the form of the critical initiatives for a new world health security system, for example, the Mexico-Argentina vaccine production partnership, the provision of vaccine to the Honduras mayors by El Salvador after they appealed for help, the achievements of Cuba in their work on new vaccines and bio-medical research. She called for the major powers to get together and collaborate.

Dr. Gopeesingh warned against any shallow thinking that once this terrible pandemic is over it will be smooth sailing. Not at all. The coronavirus has appeared before in deadly form (SARS, MERS) and may do so after the SARSCov2 period. The cold virus requires vaccination every two years. We have to get realistic. Link to the full program is at this Facebook link: https://fb.watch/5LyRSLABHY/