Are We Deserving of the Future’s Gratitude? 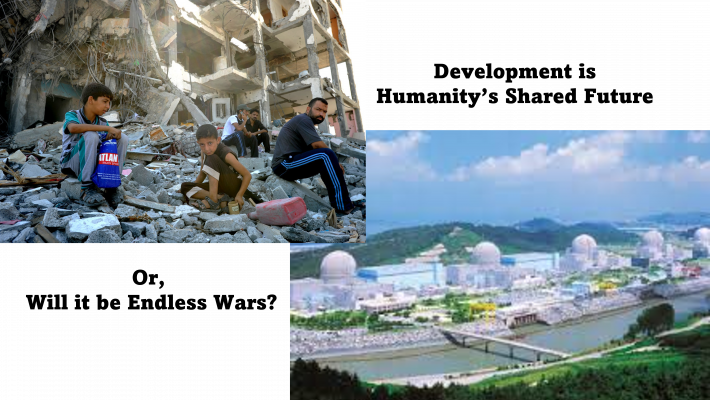 Are We Deserving of the Future’s Gratitude?

May 19 (EIRNS)—Educating and Challenging the Resistance to Malthusianism and War Grow; Challenge Axioms To Create the Alternative

The legitimacy of a government in the eyes of history — its “mandate from Heaven” — is to promote the common good of its people and of humanity in general. Which governments in the world today can be said to deserve this legitimacy?

In welcoming ambassadors from two dozen countries to Russia, President Putin identified, in his own way, the fundamental principle that Schiller Institute founder Helga Zepp-LaRouche has emphasized is required for human survival — agapē: “The epidemic has proved a real test for such universal human values as solidarity, mutual assistance, and love for humanity…. It is possible to ensure peace, stability and sustainable global development only through the efforts of the entire international community…. We are convinced that everything must be done to prevent the tragedy of World War II from repeating itself, so that its lessons will not be forgotten. All of us must cherish the priceless experience and spirit of allied relations during the struggle against common challenges and threats…. We must ensure the well-being and prosperity of all human beings.”

The Committee for the Coincidence of Opposites, which Zepp-LaRouche co-founded, insists in its recent statement that “Health security is possible anywhere, only by provision everywhere of sufficient public health infrastructure and medical treatment capacity. This, in turn, depends directly on expanding water, power and food, which is associated with building up industrial capacity, as well as providing for adequate transportation, housing and other basics.”

Against this humanist outlook stands the imperial, Malthusian model for society. It is represented in its more historical form in the City of London and Wall Street — whose increasing power over the nominally sovereign governments of the trans-Atlantic world recalls the earlier “privatization” of the British government under the British East India Company. And it has also adopted a new guise in the “synthetic left” which calls for an end to development and a redefinition of progress in identitarian and environmentalist terms — of “progressives” who think there should be fewer people, “progressives” taken in by uncontextualized appeals to effectively support fascist policies under the rubric of defending human rights.

This Malthusian monster seeks to implement a worldwide Great Reset that will reduce the potential human population of the world: dramatically increasing the physical cost of providing and consuming energy (through drastically reducing the use of hydrocarbons while demanding greatly expanded mining to produce rare earth elements necessary for batteries and motors) while pointlessly and perilously heightening the danger of deadly military conflict with Russia and China, to prevent any other paradigm from taking hold. Rather than moving for the development of low-income nations in Africa, the Malthusian beast seeks to pay these nations not to develop, by essentially allowing developed nations to pay for carbon offsets, which would be transferred to poor nations to leave their resources (at least those for domestic consumption rather than export) in the ground.

But human beings are resource creators, not merely resource consumers. The climate change catastrophism promoted today as a new secular (or Satanic?) religion, like such earlier studies as the 1980 Global 2000 Report, relies on the same old discredited Malthusian theorizing that has led its predecessors to make terrifying forecasts that were soon falsified by reality.

Human beings are resource creators, not merely resource consumers. Every new “mouth to feed” is associated with a new “mind to educate.” It is the ability of each human individual to make enduring contributions to human history that demands peace and development throughout the world.

It is for the sake of past, present, and future humanity that this view of the human individual be brought forward to guide policy, rejecting the depraved outlooks that would tolerate Israeli murder, Green destruction of productivity, and the drive to draw the United States into war with Russia and China.

Will we become deserving of the praise of the future?