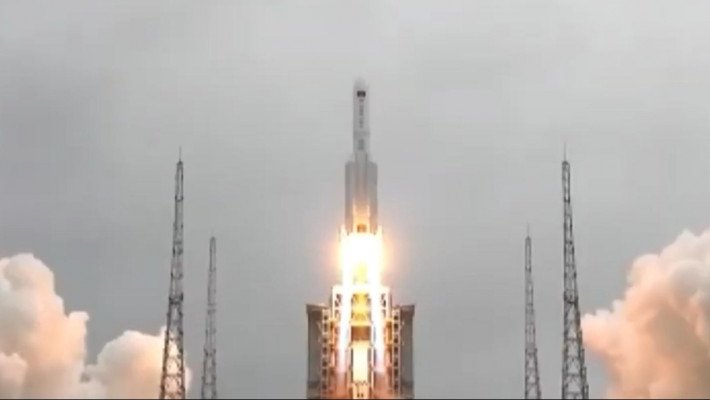 April 29, 2021 (EIRNS)–With the successful launch today of the Tianhe core module of its space station, China begins to carry out the third phase of its manned space program. That series of missions was a 30-year program, culminating in the operation of an Earth-orbiting space station in 2020.

The first phase had the goal of demonstrating that manned space flight was safe. That was accomplished in 2003.The second phase, which lasted from then until now, demonstrated many of the technologies needed for long-duration spaceflight, such as extravehicular activity and refueling.

The space station will be under construction, requiring eleven launches of spacecraft. These include Shenzhou launches with crews and cargo deliveries. Mid- to late-May the Tianzhou-2 cargo spacecraft is scheduled to dock with Tianhe, after which three astronauts in the Shenzhou-12 mission will arrive at the station in June. As a first, the space station will carry out nine experiments from 17 countries. And China has worked very closely with the United Nations to provide experiments which are for developing countries.