Lyle Goldstein Asks “Uncomfortable Question:” Why Is the U.S. Threatening Nuclear Russia on So Many Fronts? 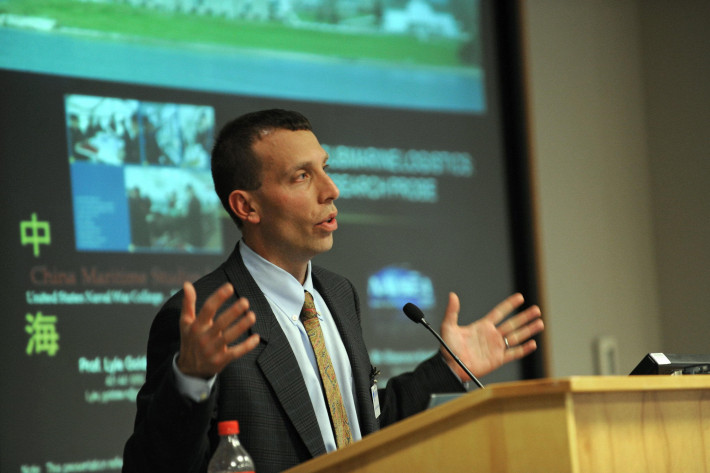 Lyle Goldstein Asks “Uncomfortable Question:” Why Is the U.S. Threatening Nuclear Russia on So Many Fronts?

Lyle Goldstein Asks an “Uncomfortable Question:” Why Is the U.S. Threatening Nuclear Russia on So Many Fronts?

April 28 (EIRNS)–U.S. Naval War College analyst Lyle J. Goldstein again today sounded an alarm over the insanity of the United States treating fellow nuclear powers China and Russia as adversaries. Under the title, “Parsing Putin’s Red Lines,” Goldstein warns in an article posted on the American Committee for U.S.- Russia Accord blog, that people have failed to register the full import of Vladimir Putin’s warning last week to the United States and others not to cross Russia’s red lines, and specifically Putin’s own emphasis on the fact that Russia “will determine ourselves where these red lines are according to the circumstances of each situation.”

Goldstein wrote in his personal capacity, as a qualified military strategist:

“When it comes to fully bulked up nuclear powers like China and particularly Russia, the issue is absolutely grave, since we are talking about countries that can `end’ the U.S., perhaps in a matter of hours, even if we have the solace that we would take our adversary down in flames with us….

“Americans should ask the uncomfortable question: why do the U.S. and its allies appear to be encroaching upon so many different Russian red lines in so many `situations’ simultaneously? Indeed, Russian interests are now directly engaged against U.S. interests, or those of our allies, in a zero-sum pattern on a vast front stretching from the Arctic, to the Baltic, through Belarus to the Donbass and Crimea, and all the way down to the Caucasus and beyond.

“A common sense notion of peace, and indeed survival, for the 21st century must incorporate limits and crucially the principles of realism and restraint. We should not be touching the red lines of other major, nuclear armed powers on a daily basis. The fact that Western strategists seek to probe Russia’s red lines in Eastern Europe is itself a powerful indictment of U.S. foreign policy since the end of the Cold War….

“We must learn to live amicably with Russia or risk a continuing succession of showdowns on the pattern of the Cuban Missile Crisis– this time on Russia’s doorstep, with a Kremlin that has an infinitely more capable nuclear arsenal when compared to the early 1960s. In that unfortunate case, we may again be taught some lessons about red lines.”