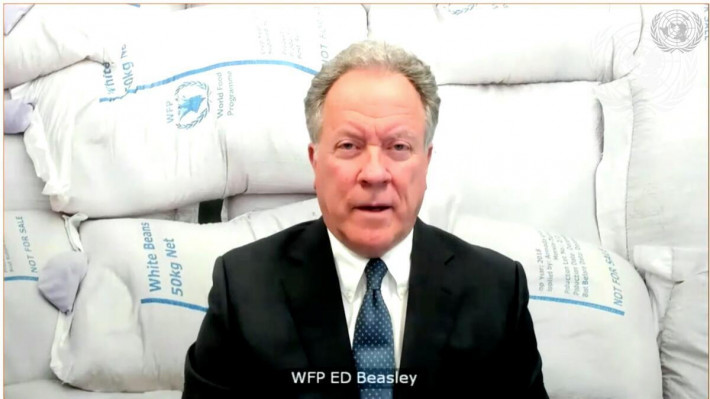 April 20, 2021 (EIRNS) – The World Food Program will begin supplying school lunches to 185,000 impoverished pre-school and special-needs students in Venezuela this year, with the goal of providing daily meals to 1.5 million children by the end of 2023. That was the accord reached in a memorandum of understanding that the WFP signed this week with President Nicolas Maduro of Venezuela, during a trip to that country by WFP president David Beasley.

Hunger and starvation are not problems happening only “over there” in Africa or Syria. They are here – right on America’s doorstep, in Central and South America, including Venezuela.

Hunger in Venezuela has been skyrocketing in recent years, thanks largely to the killer sanctions imposed on that country by Washington (Republicans and Democrats alike). The WFP conducted a field study which estimated that, in 2019, 32% of the population suffered food insecurity and required assistance. Of those, 2.3 million were facing “severe food insecurity.” It is much worse today.

The hunger is due not so much to food shortages as such, but to the out-of-control inflation and forced devaluations, which are a result of financial warfare and denying Venezuela the ability to sell its plentiful oil exports in the dollar-dominated markets. The bolivar today trades at 1.069 {million} to the dollar; in December 2019 it stood at 55,00 to the dollar.

Internal food and other prices are set mainly in dollars, such that “the average wage which the majority of workers receive is less than five dollars per month, while chicken costs $2.40 dollars per kilo,” according to AP. An economic think tank linked to Venezuelan trade unions reported last December that a family of five with two adults earning the minimum wage did not have “even enough to purchase one breakfast a month.”

Beasley also traveled to Guatemala and Honduras in Central America, and reported that hunger had quadrupled in the past two years in that region, which now has 8 million people going hungry. Of those, 1.7 million are in the “emergency” category, meaning they required urgent food assistance to survive. He tweeted from Guatemala:

“15% of the people @WFP surveyed in Central America say they’re making plans to migrate in 2021—that’s 6 MILLION people! BUT, they also say if they have food security & livelihoods, they want to stay home!! Otherwise, they will do what we would all do to take care of our children.”