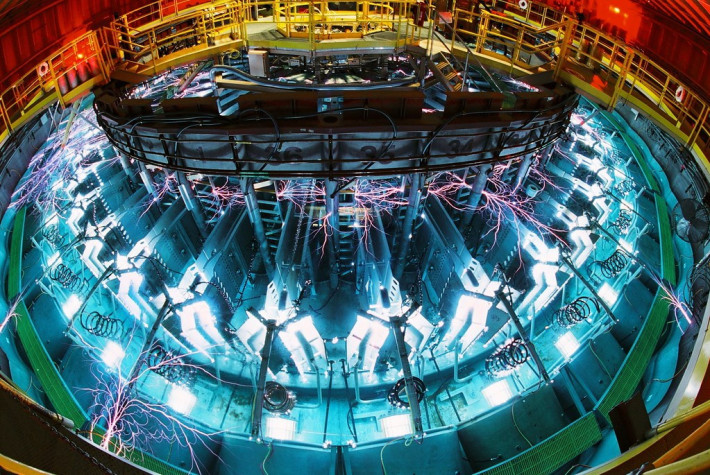 Apr. 15 (EIRNS)–The National Academy of Sciences is holding a seminar on April 20 to familiarize people with the results of a recent Academy report on fusion. The report–“Bringing Fusion to the U.S. Grid,” breaks away from the endless march of reports recommending more decades of studying plasmas, to broadening the federally-funded fusion programs to work toward the goal of building a pilot plant by the 2040s. Although the timetable is unnecessarily long, due partly to the expectation that funding levels will not allow a faster pace, it is the most prestigious call for a fusion energy program, rather than a pure science program. Members of the Academy panel that produced the report will lead the briefing.

Last September the House passed the Clean Energy and Jobs Innovation Act. (it is an Authorization bill, so it does not appropriate funds. It is a policy document) The bill contains an “Alternatives and Enabling Concepts” for fusion, to support non-tokamak experiments. There were promising approaches that were shut down and funding cut off starting in the 1980. One of the aims of adding an additional $170 million in funding to the fusion portfolio, is ‘to support the development of a U.S-based fusion power industry developing.

The increased interest in fusion has largely being driven by the next generation of fusion scientists; young people in university programs or in their own laboratories. One young man expressed it this way: “People don’t get into this career just to study the science that one day, long after they’re dead, lead to a fusion reactor. They want to get going and change the world.”