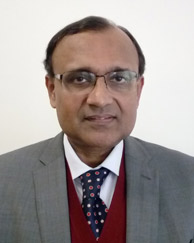 Apr. 14 (EIRNS)–On March 16, the Permanent Representative of India at the United Nations, Ambassador T.S. Tirumarti spoke out against the humanitarian disaster related to the U.S. imposition of sanctions against Syria, the so-called Caesar Sanctions. Tirumarti said the sanctions should be “relaxed,” calling on the international community to act “with a sense of urgency” to help the Syrian people. He said there is an “urgent need to increase humanitarian assistance to all Syrians throughout the country without discrimination, politicization, and any preconditions.”

The sanctions, which were a part of the 2020 National Defense Authorization Act, went into effect on June 17, 2020, and have plunged more than 90% of all Syrians below the poverty level. With the full backing of Secretary of State Pompeo, the U.S, Special Envoy for Syria Engagement, James Jeffrey, exposed the hypocrisy of U.S. policy in his explanation of the actual intent of the Act. While insisting that “We’re not demanding total victory, we’re not saying that Assad has to go,” Jeffrey said that the goal of the Act is to “make it clear to anyone who wants to rebuild Assad’s Syria that that cannot happen without Caesar sanctions,” until there is a government in Damascus that carries out US demands with what Jeffrey described as “real eagerness.” He later clarified that anyone, or any nation which engages in economic activities in Syria is “a potential sanctions target.”

The sanctions were drafted in response to a collection of photos compiled by a defector of Syrians who were allegedly victims of the brutality of the Assad government. It was delivered to the opposition group, the “Syrian National Movement”, which passed it on to Human Rights Watch, (HRW) which released it in an 86-page report, “If the Dead Could Speak: Mass Deaths and Torture in Syria’s Detention Facilities.” Critics of the report point out that, of the 28,000+ photos included, only a “couple dozen” could be confirmed by HRW activists, who claimed to have “meticulously verified dozens of stories” of people who died in Syrian detention centers. Many of the others were Syrian soldiers murdered by terrorists, or victims of assassinations and bomb attacks done by terrorists.

In passing the bill, no significant voice in Congress was raised about victims of U.S. torture in Iraq or Afghanistan, or about the civilian toll of the “War on Terror,” or about the millions whose lives are endangered by the sanctions. Also of note is that the publisher of Wikileaks, Julian Assange, who published classified U.S. documents reporting on torture and other atrocities carried out by U.S. military and security forces occupying Iraq and Afghanistan, was not hailed as a “hero” — as the defector and HRW activists have been — but is left to rot in a jail in London, awaiting extradition to stand trial in the U.S.

The Schiller Institute is demanding that the sanctions be lifted immediately.