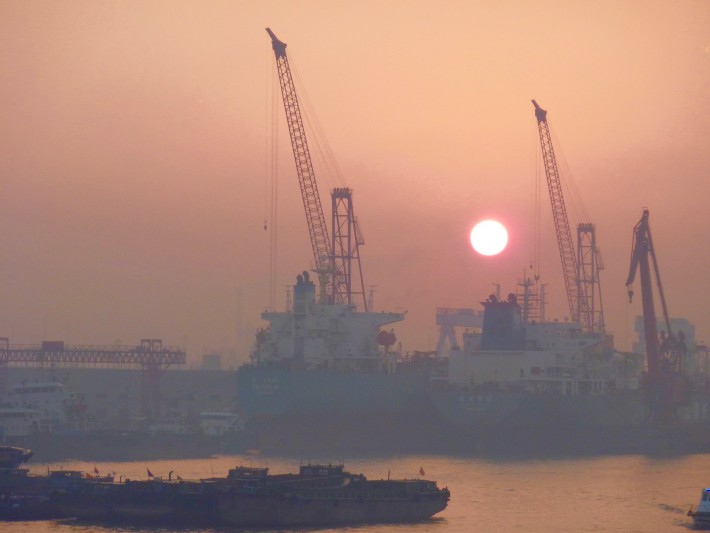 Dec. 27, 2017 – Xinhua reports, today, that the port of Ningbo-Zhoushan, located in the eastern Chinese province of hejiang, has reached the unprecedented rate of 1 billion tons of annual cargo; it will be the first port in the world to exceed such volume by year’s end.

According to Mao Jianhong, chairman of the Ningbo-Zhoushan Port Group, the port has expanded cooperation with major shipping companies and harbors along the Belt and Road, and has added five new sea routes to bring its total to 86. It has also signed cooperation agreements with twenty other ports.

The Ningbo-Zhoushan port is located at the meeting point of the Silk Road Economic Belt and the 21st Century Maritime Silk Road, directly south of Shanghai and southeast of the port of Hangzhou. It is China’s busiest port, with 242 sea routes linking more than 600 harbors around the world, Xinhua reports.

In the course of 2017, Mao explained, Ningbo-Zhoushan handled over 10 million standard containers from countries and regions along the Belt and Road, a 16% year-on-year increase.

Moreover, the port launched sea-rail transport services with 11 trains providing services to 36 cities in 14 Chinese provinces, as well as to countries in central and northern Asia and Eastern Europe. In 2018, container and handling volume of the port’s sea-rail transport is expected to exceed 400,000 standard containers, a 60% increase year on year.