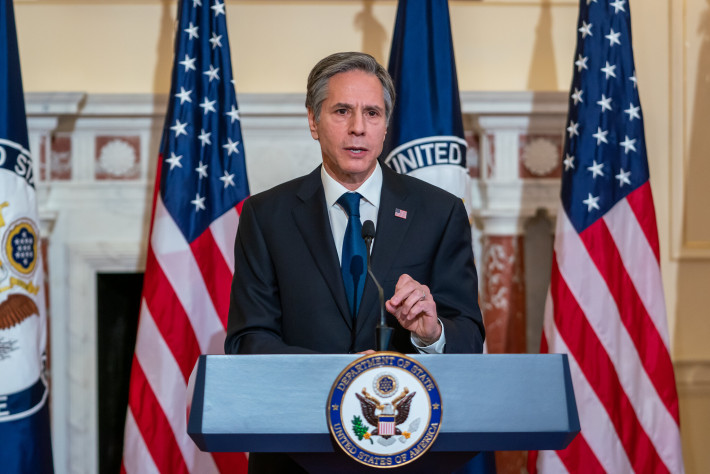 Asked about the just-released State Department report accusing China of genocide against the Uyghur minority population in Xinjiang province, Helga Zepp-LaRouche declared that this is a “very serious matter…a complete lie.” This is a deliberate effort aimed at regime change against the Chinese government, and they are aware of the intent, as Foreign Ministry spokesman Hua Chunying has indicated.

The real human rights violations are perpetrated by those imposing sanctions in Syria, as part of a continuing effort at regime change there. She ridiculed U.S. Secretary of State Blinken, who spoke in favor of the deadly sanctions against Syria, who is continuing the Pompeo policy of sanctions to shut down the Nord Stream 2 pipeline, and she stated that these policies are not different in intent from the use of triage in poor areas of the U.S. in the treatment of minorities suffering from the COVID virus.

In discussing the escalating attack on classical culture as a form of racist oppression — a reference to a recent attack on Mozart and Beethoven initiated from Oxford University — she made the connection between this CCF-type ideology to the anti-human outlook of the German Greens, who are hoping to win the chancellorship in the coming elections. The Greens “marched through the institutions”, she said, backed by the Military Industrial Complex — but they are still “’68ers”, Maoist “cultural revolutionaries” in many ways, in their outlook.