Webcast: The Tables Have Turned on the Coup Plotters and Global Central Bankers 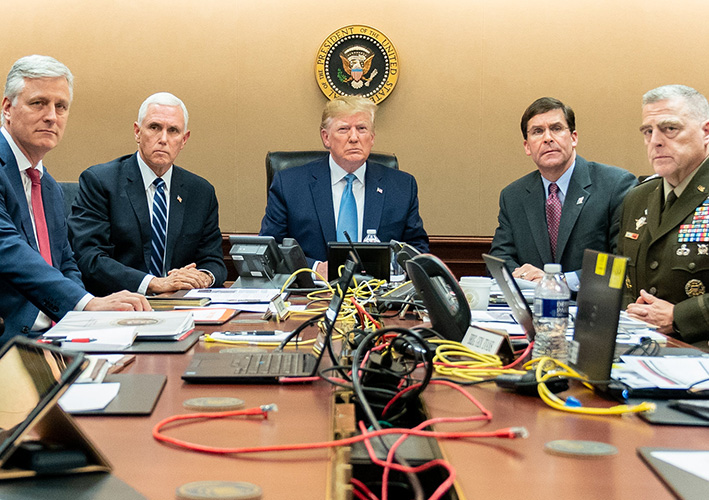 Webcast: The Tables Have Turned on the Coup Plotters and Global Central Bankers

Helga Zepp LaRouche provided a fascinating assessment of the changes sweeping the globe, and the opportunity these changes have made possible to realize cooperation to usher in a new era of peace and development.

Among the processes she highlighted are:

1. The significance of the Barr-Durham investigation moving into a criminal inquiry, putting the whole British-Obama intel apparatus in the spotlight, while exposing the fraud of the “Ukraine impeachment” drive;
2. The acceleration of the financial crisis, and the de facto acknowledgement of the central bankers themselves that they have no alternative but to continue the same failed policies which created this crisis;
3. The unrest spreading against the neoliberal austerity policies ordered by the central banks, to protect their collapsing system;
4. The realignment underway in the entire Middle East, as a result of Trump’s decision to coordinate with Russia to end the “endless wars”;
5. Despite the continuing anti-China idiocy on display in VP Pence’s latest speech, even he acknowledged the positive potential for a U.S.-China trade agreement, as this is what President Trump wants;
6. The Russia-Africa summit, which provides a vision for the U.S. and Europe of what is possible if those nations would drop their imperial axioms.

Ignore the media, which is trying to do public relations for the criminal British imperial networks—get active with the Schiller Institute, as the time has come for the spreading of the ideas and method of Lyndon LaRouche.