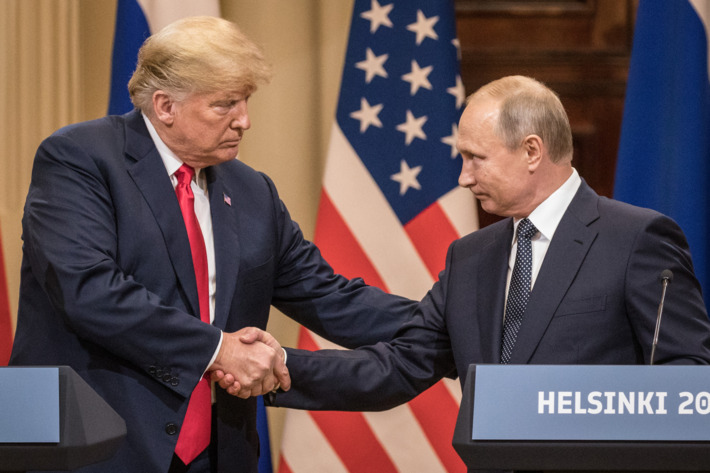 Though there has been a tremendous backlash against the results of the Trump-Putin summit, those who are denouncing it are running out of time to stop the consolidation of a New Paradigm. The diplomatic offensive, of which U.S. President Trump is playing a key role, is bringing together most nations of the world, representing the majority of the world’s population, into agreement around a new strategic architecture, which rejects that of the post-Cold War order. The old order is collapsing, under the weight of unsustainable debt, war weariness of subject populations, and the lack of ideas from its leaders.

It was the much-maligned Lyndon LaRouche who presented the principles which offer a safe escape from that collapsing system: the emergence of a Four-Power alliance, of the U.S., Russia, China and India, introducing a New Bretton Woods economic policy.
Using the ideas of Franklin D. Roosevelt as a starting point, and incorporating the approach of the best thinkers among scientists, philosophers, musicians, poets and artists in history, LaRouche’s method has helped shape the New Paradigm, which is explicit in the advances of China’s New Silk Road policy, which is today becoming the World Land-Bridge.

Keep in mind, those who maligned LaRouche are the same people today — including Robert Mueller — who are rejecting President Trump’s efforts to break the U.S. out of the stranglehold of the British imperial geopoliticians, who dictated the policies of George W. Bush and Barack Obama.