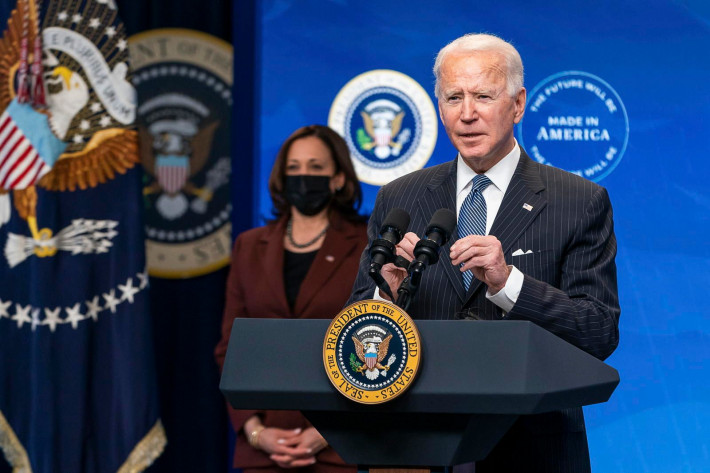 Mar. 29 (EIRNS)–For two months, the Biden administration COVID-19 vaccine policy has been to grab as many vaccines as possible and turn away any and all requests for help. Then in March, various statements, either from President Biden or his White House spokesperson, Jen Psaki, made clear that America would consider requests after every American is taken care of. It’s been left unclear whether that’s every adult who would roll up their sleeve (around 200 million) or, literally, every American (330 million) or somewhere in between. However, this last week has seen several articles beginning to question the ugly and counterproductive stance. One can pretend that viruses don’t mutate and create new strains that will outflank one’s vaccines, but it is a silly conceit.
One of them, for example, an Axios’s article by Dave Lawler, used vaccine production figures from Airfinity, and compared production vs. export of vaccines: the United States produced 27% of the world’s vaccines and exported 0% of their production; China, 33% and 62% of that exported. (With this week’s plan to ship 4 million doses to Mexico and Canada, the U.S. climbs to about 1.5%.) India and Russia also had significant export figures. Biden’s prime tool has been to invoke the Defense Production Act to keep our ammunition away from allies and foe alike. One European diplomat expressed surprise that there was so little domestic opposition to Biden’s ‘Americans first’ approach. Krishna Udayakumar, director of the Duke Global Health Innovation Center, summed it up: “The question really is, what is the threshold that’s going to satisfy the administration enough to allow the exporting of those doses?”