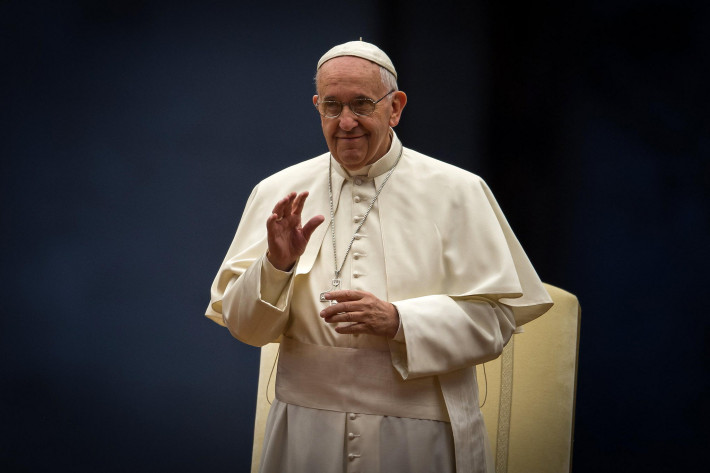 Aug. 31, 2022 (EIRNS)–On August 28, the website of the fascist Myrotvorets (“Peacemaker”) hit squad in Ukraine attacked Pope Francis for his recent comments about the assassinated Russian journalist Darya Dugina. Although they did not place His Holiness on their official hit list (at least not yet), the Myrotvorets site warned: “The Myrotvorets Center is closely following statements by the Pope. We note with astonishment that Francis of Rome is voicing Kremlin talking points and belittling the blood-letting of the fascist Russian invaders of Ukraine.”

The remarks by Pope Francis that were considered offensive were made while addressing a congregation in the Vatican on Aug. 24: “Whether they are Ukrainians or Russians … I think of so much cruelty, of the many innocents who are paying for the madness, the madness of all sides because war is madness… I think of the poor girl (Darya Dugina) who was blown up by a bomb under her car seat in Moscow. The innocent pay for the war.”

That quickly led to a protest by Ukraine’s envoy to the Vatican, Andrey Yurash, who called the remarks “disappointing,” because it is a mistake to speak about the “aggressor” and the “victim” in “the same categories.” Then Kiev summoned the Vatican envoy, Archbishop Visvaldas Kulbokas, to lodge a formal complaint, which Foreign Minister Dmitry Kuleba told the media about on Aug. 25. Kuleba also said “Ukraine’s heart was torn by the Pope’s words,” calling them “unjust.”

The Pope has been considering a trip to Ukraine, but has made it clear that he will only go if he can also travel to Russia. This is a standard Vatican diplomatic effort to maintain neutrality in such conflicts. The Zelensky government in Kiev has made it clear they are totally opposed to such a Russia trip by the Pope.