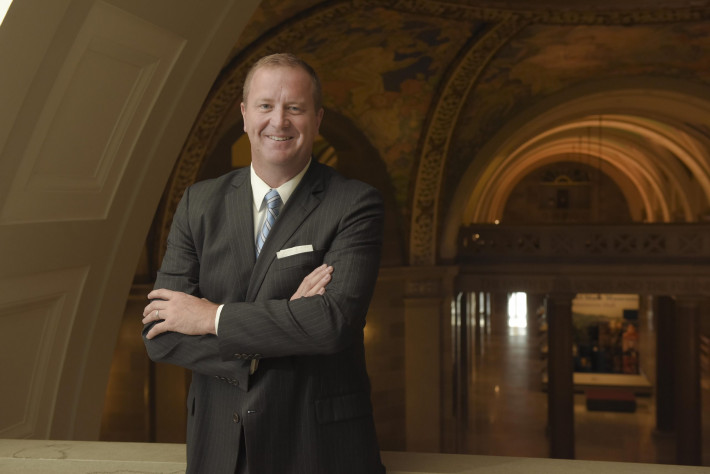 March 9, 2021 (EIRNS)– Missouri Attorney General Eric Schmitt, joined by the Attorneys General of the states of Arizona, Arkansas, Indiana, Kansas, Montana, Nebraska, Ohio, Oklahoma, South Carolina, Tennessee, and Utah, filed suit yesterday in the United States District Court for the Eastern District of Missouri, Eastern Division, challenging the constitutionality of Section 5 of President Biden’s Executive Order 13990, issued on his first day in office under the title “Protecting Public Health and the Environment and Restoring Science to Tackle the Climate Crisis.”

The twelve states intend to stop implementation of regulatory measures which they rightly contend will not only destroy U.S. jobs, energy production, energy independence, agriculture, and innovation, and impoverish its working families, but which will also deprive millions of people around the world of the affordable food and energy they urgently need to escape from poverty and hunger. And they are feeling pretty frisky about doing so. Schmitt proudly tweeted that “JoeBiden recently took executive action that will cost hardworking families, farmers & businesses trillions — crushing jobs & innovation. It’s a Trojan Horse for the #GreenNewDeal. Today we led a coalition to stop it. Missouri is fighting back.”

The states recognized the deadly ramifications of Section 5’s seeming gobbledygook. Titled, “Accounting for the Benefits of Reducing Climate Pollution,” the section establishes a federal interagency Working Group which is charged with estimating the “social cost,” or “monetized damages,” allegedly incurred from incremental emissions of three so-called “greenhouse gases,” carbon dioxide, nitrous oxide, and methane. Those estimates, which supposedly will “capture the full costs of greenhouse gas emissions as accurately as possible … taking global damages into account,” then are to become the basis for regulating the activities producing those “emissions” out of existence, using rigged “cost-benefit analyses.”

According to the lawsuit, the interim report issued by that Working Group, came up with the incredible figure of $9.5 trillion a year in “social costs” from those three gases, but repeatedly indicated that the group believes that these numbers “likely understate” the true costs of these gases and that higher numbers are likely in future calculations. “The potential regulatory impact of such numbers is enormous,” the suit warns. “These numbers are high enough to justify massive increases in regulatory restrictions on agricultural practices, energy production, energy use, or any other economic activity that results in the emission of such gases.”

The lawsuit summarizes the real world consequences if this EO is allowed to stand:

“In practice, President Biden’s order directs federal agencies to use this enormous figure to justify an equally enormous expansion of federal regulatory power that will intrude into every aspect of Americans’ lives—from their cars, to their refrigerators and homes, to their grocery and electric bills. If the Executive Order stands, it will inflict hundreds of billions or trillions of dollars of damage to the U.S. economy for decades to come. It will destroy jobs, stifle energy production, strangle America’s energy independence, suppress agriculture, deter innovation, and impoverish working families. It undermines the sovereignty of the States and tears at the fabric of liberty.

“The Biden Administration’s calculation of such `social costs’ of gases such as carbon dioxide and methane is also arbitrary and capricious. Affordable and reliable methods of agricultural and energy production—which these actions would stifle—have global benefits that the Biden Administration studiously ignores. Affordable food and energy production lift millions of people out of poverty, eliminate hunger, promote economic development and opportunity, create millions of jobs, enable innovation and entrepreneurship, encourage industry and manufacturing, promote America’s energy independence, and create the conditions for liberty to flourish. These benefits enrich the entire world, and yet the Biden Administration gave them little or no weight in its calculation of the `social cost’ of carbon dioxide, methane, and nitrous oxide.”

The defendants named in the suit start with President Biden, and continue with ten cabinet secretaries and agencies, plus the members of the interagency Working Group.