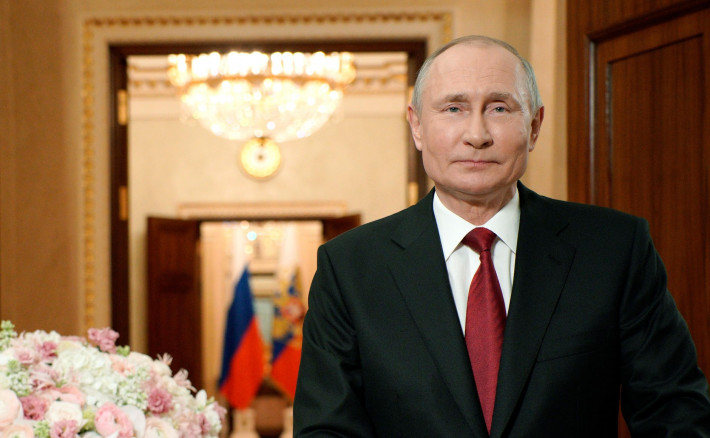 Putin: Russia Will Develop Its Coal Industry; Suggests Others Learn the Lessons of the Texas Crisis

March 9, 2021 (EIRNS)—Russia has no intention of committing suicide by submitting to the “Great Reset” hoax. On March 2, President Vladimir Putin chaired a meeting of government officials and the leaders of the coal regions and industries to review the country’s drive to develop its coal industry. He pressed the participants to provide answers, set deadlines, and get results in order to guarantee the steady development of the coal-mining industry, and increase exports, especially to the Asia-Pacific region, to gain the revenues needed to “improve the well-being of people and to create modern, comfortable living conditions” in the coal-mining regions, while ensuring environmental protection.

Participating with Putin were the Prime Minister, four Vice Prime Ministers, the Chiefs of Staff of the Presidency and the Government, five cabinet ministers (Industry and Trade, Economic Development, Transport, Finance, and Energy), the heads of various coal regions, and the CEO’s of the major Russian coal industries and transport sector companies.

Coal is not going to be shut down in Russia. Putin opened: “The national coal industry [is] a key pillar of the national fuel and energy sector. It has great significance for the socioeconomic development of entire Russian regions; we have five coal-mining regions. It is also important for the labor market, for securing employment to hundreds of thousands of Russian citizens and securing their incomes. We have a total of 11 million residents in these regions. Of course, the industry employs far less. However, a total of 11 million people live in these regions….

“Russia’s traditional and new coal-mining centers have substantial capabilities… Russia has been producing over 400 million tons of coal per year since 2017. Over 50% of this amount is exported elsewhere. Coal export volumes have soared by over 33% in the past eight years… Today, the main coal sales are happening in the Asia-Pacific. Last year, 122 million tons of Russian coal were supplied to that region. At the same time, there is an additional demand in the Asia-Pacific that Russian companies could meet. And it is important not to pass up this opportunity….” (Putin specified at the end of the meeting that coal exports from the Kuzbass region to the East should increase by at least 30% over 2020 levels, by 2024.)

Putin never said “Great Reset” or “climate hoax,” but his reference was unmistakable:

“As for the long-term prospects of the global coal market beyond the current decade,” he told participants, “I know that there are different forecasts in this regard. It is no secret that some of them suggest a significant market contraction, including due to technological changes in the global fuel and energy sector, as well as the active use of alternative fuels.

“We also know what is happening with this: Texas froze because of the cold weather. And the windmills had to be thawed in ways that are far from environmentally friendly. Maybe this will also cause adjustments.

“In any case, it is necessary to carefully study all possible scenarios in order to guarantee the steady development of our coal-mining regions even with a decrease in global demand for coal and with a decline in the global situation.”