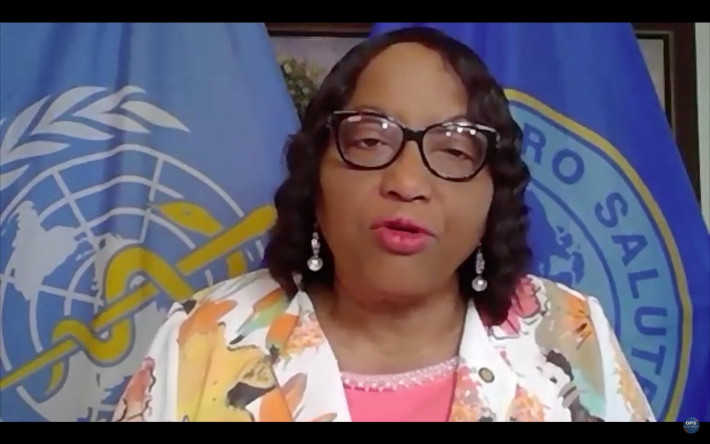 In her weekly press conference Jan. 19, Dr. Carissa Etienne, Director of the Pan American Health Organization (PAHO), the regional adjunct of the World Health Organization (WHO), warned that coronavirus situation in the Americas–including the United States–had become extremely alarming. Just in the week previous to her report, she said, there were 2.5 million new COVID cases in the Americas, more than half of all global infections. During the same period 42,000 people died in the region. In her understated fashion, Dr. Etienne indicated that the situation is out of control. Public health policies have failed, infrastructure is inadequate and there’s no predicting what might evolve just in the next two weeks.

Dr. Etienne pointed to the crisis in Manaus, Brazil where the surge in new COVID cases has so overwhelmed the hospitals and caused an acute shortage of oxygen, that patients had to be flown to other cities to seek care. But the situation isn’t limited to Manaus, she said,  Look at Peru, where there are practically no beds available in the metropolitan Lima region–not even ICU beds–and oxygen supplies are very low. As in Manaus, people here are lining up in the street to try to purchase oxygen canisters. ICU occupancy rate in Peru is at 90%, and even in the U.S., there are “some locations” where oxygen is being rationed, Dr. Etienne reported. As also reported by regional media, the situation across the Southern Cone–Argentina, Chile, Uruguay–is also bad. In Chile, ICU occupancy is above 90%, almost as bad as last June. In Ecuador, hospitals nationwide are overwhelmed to the point where at Quito’s largest Carlos Andrade Marin Hospital, patients are sitting in hallways with oxygen cannisters next to them, waiting for a bed to become available.

In the first week of 2021, the Caribbean saw the highest rate of new cases since the beginning of the pandemic; Barbados saw a 61% increase in new cases over the past two weeks.

Dr. Etienne said she is encouraged at the rate by which vaccines are being developed, but emphasized that the problem for much of the Americas will be access. There aren’t yet enough doses available to have a visible impact on transmission; in addition, the new variants from the U.K,, Brazil and South Africa are beginning to show up in the region and likely affecting transmission as well.