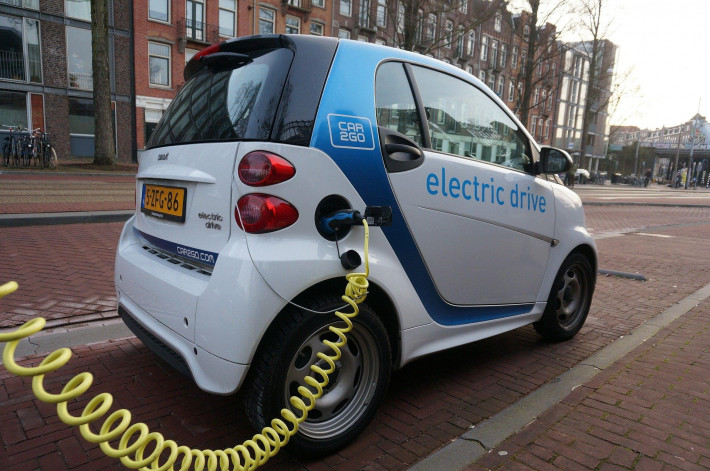 Although electric vehicles (Evs) are a central element of the Green Deal/Great Reset scheme, it is clear that their means of production are not green at all.

In order to equal the energy stored in a conventional car filled with approximately 40 Liters of gasoline, an EV needs a battery with the weight of at least half a ton. The production of those batteries is extremely energy intensive, and includes the mining and processing of huge amounts of copper, alumina and lithium.

If we consider a full electric conversion of the car fleet of all EU member states as planned by the EU Commission until 2050, taking into account the average age of cars being 10.8 years, we would need 26 million Evs produced every year. This would require an increase of world cobalt production by 17 times, of lithium by 6 times, of copper by over 4 times and 8 times the entire world production of neodymium.

To reach the target of 55% replacement by 2030 in the EU, those figures become: 9 times cobalt, 6 times lithium carbonate, more than 4 times copper and 8 times neodymium.

Pollution produced by mining and processing such an amount of materials would be gigantic. Additionally, there would be the need to double the capacity of electric grids and electricity production as well as a new distribution system to be able to charge all cars and trucks at home or at their working place.

Production of electric engines requires rare earth mineral neodymium. Currently, due to environmental concerns (manly raised by the green movement), there is almost no mining of neodymium in the west and China is its main world producer. (https://www.forbes.com/sites/rrapier/2019/08/04/why-china-is-dominating-lithium-ion-battery-production/)

We have previously calculated the giant increase of electricity production required to fuel Evs. Now consider the power needed to fulfill the above list of material. The green idea in the West to go fully electric and at the same time reject energy-intensive primary power sources like nuclear and fusion guaranties that the energy intensive parts of EV production will never take place in the West (China has a 75% market share in Lithium batteries) and that its economies will die fast, like East Block economies in the post-1988 period.