California Being Hit by COVID-19 Earthquake 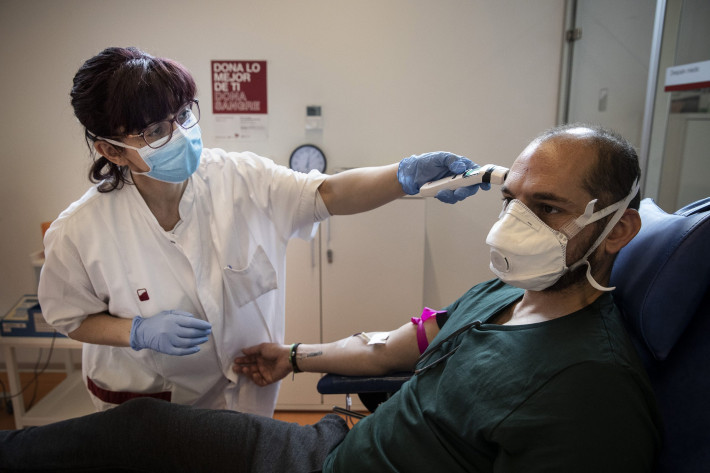 California Being Hit by COVID-19 Earthquake

December 21, 2020by David Dobrodt in General

Californians for decades have been taught to live in fear of “the big one” – the likelihood of a major earthquake originating in the San Andreas Fault that will cause untold damage and loss of life. It would appear that the state is now experiencing that “big one” – only it is the COVID pandemic, and not an earthquake.

Populous Los Angeles County appears to be the epicenter; as of this weekend all of Southern California and the 12-county San Joaquin Valley to the north had exhausted their regular intensive care unit capacity. Some hospitals are now using “surge” space, although the greater shortage is reportedly of skilled medical personnel, and not space per se.

AP reports that the city of Los Angeles on Saturday had nearly 17,400 people “hospitalized with confirmed or suspected COVID-19 infections — more than double the previous peak reached in July — and a state model that uses current data to forecast future trends shows the number could reach an unfathomable 75,000 by mid-January. More than 3,600 confirmed or suspected COVID-19 patients were in intensive care units. Some areas of California are `just right at that cusp of getting overrun,’ Dr. Anthony Fauci, the country’s top infectious disease expert, said during an event organized by the California State University system.”

In total, California’s remaining ICU capacity this weekend stood at just 3%, with the Southern California region already at zero, the San Joaquin Valley region at .7% and the Greater Sacramento region at 11.3%. The Bay Area is now also being hit: “COVID-19 cases are surging in San Francisco and across the country. Hospitals in the Bay Area are close to being overwhelmed,” said Mayor Breed in a news release.

Various forms of triage are already being implemented. In Fresno and three neighboring counties, paramedics are being sent on emergency calls to determine if patients should be taken to the emergency room, or if “they could go to an urgent care facility or wait a few days to talk to their doctors,” local medical authorities report. “I’m not going to sugarcoat this. We are getting crushed,” said Dr. Brad Spellberg, chief medical officer at Los Angeles County-USC Medical Center. “And it isn’t just COVID patients,” he said. “It’s car accidents and heart attacks and victims of violence. They need a place to go to receive critical care.”

AP reports: “Many hospitals are preparing for the possibility of rationing care. A document recently circulated among doctors at the four hospitals run by Los Angeles County asking them to shift strategy: instead of trying everything to save a life, their goal during the crisis is to save as many patients as possible. `Some compromise of standard of care is unavoidable; it is not that an entity, system, or locale chooses to limit resources, it is that the resources are clearly not available to provide care in a regular manner,’ the document obtained by the Los Angeles Times reads.”

The chief executive of the Corona Regional Medical Center of southeast of Los Angeles, Mark Uffer, stated: “Whatever’s coming, I don’t think any of us are going to be able to manage it. You have a dam that’s about to break, and you’ve got to stop putting water into the dam.”