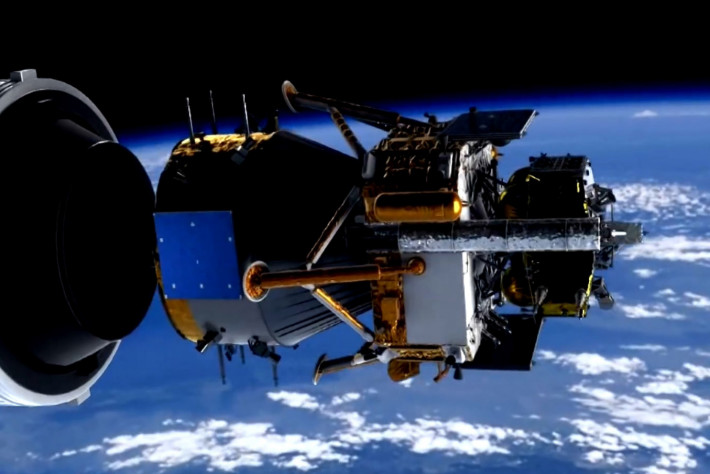 December 17, 2020by David Dobrodt in General

Leading officials from the China National Space Administration (CNSA) held a press briefing to report on the results of the Chang’e-5 mission, which was deemed a resounding success. But the press was obviously very curious about where China would go in space after this, and, of course, when they would send people to the Moon.

Yuanhua, the Vice Administrator of the CNSA, said that Chang’e-5 was the result of over a decade of development. The 23-day mission now enters the stage of scientific investigation. An entire institute has been built to conduct, store and study the samples and a back-up storage facility has been constructed in Shaoshan in Hunan province, the birthplace of Mao Tsetung, because of his push for a Chinese space program in the 1950s  [“Two Bombs and One Satellite”, was the motto in the 50s]. Hu Hao, the chief designer of the China Lunar Exploration Stage 3, said that the handling of the samples also represents a new capability for China which would aid in its technological advancement. “We need to explore more in space in order to advance our technology,” Hu said. The samples would also be available to research and university institutions for their study. And in the not too distant future, some of the samples would be placed on view in the National Museum of China.

Wu also congratulated the countries that had worked with China on the program, including ESA, Namibia, Argentina and Pakistan. In reply to a question about China’s cooperation, he said that China was prepared to work with “like-minded institutions” in other countries. At one point he was asked specifically by Reuters about cooperation with the U.S. Wu then discussed the restrictions of the Wolf Amendment, which prevented cooperation with the U.S. and at one point  he said that cooperation had to be based on equality,  mutual benefit and win-win cooperation.

He also noted that the series of Chang’e missions had involved thousands of institutions and tens of thousands of scientists and engineers. He noted that China through this process had now developed a tremendous capability for space development in the interest of mankind. “Our goal will be different from the U.S. and the Soviet Union,” Wu said. “In those days, it became something of a “star wars.” We want to conduct scientific research and serve mankind.”

The Chang’e-5 mission was more complicated than it had to be for a simple sample return. But Wu indicated that the technologies that were used would also be a vital element for a  human exploration mission. As China’s newly named “space ambassador,” Professor Yang Yuguang, succinctly put it: “We did it that way not because it was easy, but because it was hard,” reflecting the words of Kennedy with regard to Apollo.

Wu Yunhua was also queried about China’s future space plans and he was not reticent in talking about them. “We have a number of plans for the coming years, some of which have been made public,” he said. In exploration, they still have Chang’e-3 and Chang’e-6, which were backup missions If other missions failed. They would now be utilized in some form, perhaps to do a sample return from the South Pole of the Moon. Then there is Chang’e-7 and 8, which he said would be used to work with other countries in exploring  the possibilities of establishing a lunar space center.

There were also other planetary missions, he noted. Tianwen-1 is already on its way to Mars and is scheduled to land on Mars in May of next year. There are also three other planetary missions, an asteroid-return mission, a Mars return mission and a Jupiter exploration mission. In terms of manned space, there will be 11 missions in the next two years, utilizing the space station, including the launch of a core capsule with 4 people.

And there will also be innovation in China’s launch capability. Long March-5 which carried the Chang’e-5 (labeled the “Fat Five mission”) will continue to be utilized. China also announced the development of a new Long March-8 rocket which will fly at the end of December. With the Long March series of 5, 6, 7 and 8, Wu said “we will be working with a whole system of new generation rockets to meet the need of the space missions

China is also making progress in its satellite department, Wu noted, which created the basic infrastructure for the Chang’e-5 mission. These include navigation satellites, communications satellites and remote-sensing satellites. “These are an important staple for our civilian space program,” Wu said, “and an important supply-side component of our  country’s development.” Wu also noted that space innovation needed science satellites, and pointed to China’s collaboration with Italy on the development of an electromagnetic satellite, which will help improve earthquake predictions.