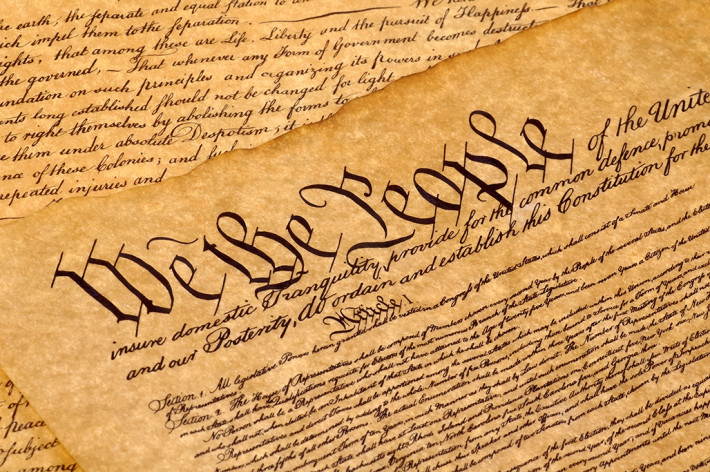 December 7, 2020by David Dobrodt in General

The International Investigative Commission for Truth in Elections met on November 28 in a hearing sponsored by the Schiller Institute to hear testimony regarding irregularities and charges of voting fraud in the U.S. Presidential election. The following is the statement issued today by the distinguished panel of jurists. A number of the members of the Commission also issued an additional individual statement of their findings.

Statement of the International Investigative Commission for Truth in Elections

2) Simón Levy (Mexico): Doctor of Law from the National Autonomous University of Mexico (UNAM); former under-secretary of Tourism of Mexico.

On Saturday, November 28, 2020, a virtual meeting was held on Zoom with a group of attorneys and legal experts who served as Commissioners in order to hear testimonies of six witnesses to alleged election ballot fraud concerning the recent U.S. elections, held on November 3, 2020, which included a record number of mail-in-ballots sent before the election began.

Witnesses presented testimony regarding the different problems and incidents that they were aware of that occurred in the recent general election, as well as their insights into those problems.

In summary: The witnesses recounted a host of what they understood to be violations of election law and of equal protection under the law concerning the fundamental right to vote, and to have one’s vote counted.

From their observations, they believe the election law was violated and that the massive violations could have been the result of an organized and orchestrated plan to violate election law, especially in swing states, and to unfairly and illegally alter the outcome of the election, including but not limited to the following examples:

1) The Smartmatic and Dominion companies were reported to be owners of voting machines and software that were used to alter the vote and direct that vote in favor of the Democratic presidential candidate, according to testimony presented to the Commission. Testimony was given concerning fraudulent voting results involved with the use of these particular machines in Venezuela and the Philippines, and that the Commissioners were informed that these vote tallying machines were banned from use in elections by such countries as Sweden, Switzerland, Norway and Great Britain. Electronic fraud was alleged particularly in the states of Arizona, Georgia, Michigan, Pennsylvania, Nevada, Tennessee and Wisconsin.

2) William Binney, the former technical director of the National Security Agency, testified about the security problems involving the vote tallying machines, and spoke about the evident inconsistency, in one case, of having 100,000 votes in Philadelphia which were stated to have been counted at 3:00 a.m., all for Joe Biden. Binney asserted that he believes that this anomaly cannot possibly be explained without recognizing the strong possibility of the existence of fraud.

3) Bennie Smith, a voting machine expert, testified that algorithm programs were used in voting machines which cause the fractioning of the vote in favor of Democratic party candidates, thereby violating the principle of “one person, one vote”.

4) Former Virginia State Senator Colonel Richard Black, USA (ret.) stated that the circumstances surrounding the U.S. elections and the planned protests that accompanied the elections were similar to the Arab Spring protests and government changes in the Far East and Eastern Europe.

He also highlighted the arson of St. John’s Church a few feet from the White House, the undermining of Presidential authority, and the media’s praise for the turbulence and insurrection.

He also noted articles published in {Defense One} magazine, where retired officers practically called for a coup against President Trump and his removal from the Presidency if he did not accept the current election result.

Col. Black emphasized that, in his experience as a former state senator, the vast majority of voters who indicate their preference in the category of President, go on to fill out their choices for the various other categories on the ballot. Therefore, the unusually large number of ballots that were filled out only for the office of President but which left the other lines empty seemed implausible. This indicated to him the existence of massive fraud, which made a Democrat the winner for President, but which made Republicans victorious throughout the rest of the ticket, including the election of congressmen, senators and state and local officials.

5) Harley Schlanger, a spokesman for the Schiller Institute, testified about the reported electrical blackouts in the early morning hours of the elections, which affected the voting machines. He also referred to reports of improperly linking of voting machines to the internet, as well as ballots cast with missing signatures and without verification of the same. He highlighted the developments in Georgia, Wisconsin and Arizona, where narrow margins of victory for Biden were reported.

He further spoke about the close business and political connections between Lord Mark Malloch-Brown, the Chairman of Smartmatic’s parent company SGO, and the billionaire financier of the Arab Spring, George Soros. He also stressed further the fingerprints of Wall Street, the City of London and the “Deep State” as players in this election.

The significance of so-called “glitches” was also discussed, and that “glitches” were actually indications of vote fraud opportunities in the software, as were the existence of backdoor access to the machines.

6) Leah Hoopes, a Republican Committeewoman and poll worker in Pennsylvania, testified that starting at 7:00 a.m. on election day, many polling centers had no Republican observers present. She observed that many voting machines did not provide receipts to voters, after they cast their ballots, exercising their right to vote. She said that she had seen between 50,000 and 70,000 unopened ballots without a chain of custody. She also stated that she felt intimidated and very angry about the inability to exercise the right to vote. She stated that, as an observer, she was kept 20 feet or more away, and could not even see, and therefore was unable to challenge the ballots from where she was located. She stated that scanners were not working and that votes were being counted for two-and-a-half days in a back room without observers present to see how the ballots were being handled.

8) Mexican citizen Daniel Marmolejo, a journalist, in the course of asking a question of the witnesses, spoke about the importance of scanners  in creating a voting record and the vulnerability of electronic voting. He made a reference  to the electoral crisis in Mexico in the 2006 elections, which involved fraud against Andrés Manuel López Obrador, currently the President of Mexico.

The Commission of attorneys and legal experts had the opportunity to question each witness concerning their testimony. The legal battle that is currently being waged in the courts of swing states was taken into consideration by the witnesses, and they expressed serious concerns over violations of election rights law, and questioned whether the Federal Electoral Commission would investigate fraud.

Finally, all the participants and the members of the Commission stated their appreciation of the Schiller Institute’s efforts in organizing this hearing on the 2020 electoral crisis in the United States.

The Commission heard testimony from six credible witnesses and concludes from that testimony the following:

1) The U.S. Presidential elections held on November 3, 2020, appear to have had serious irregularities, especially in key swing states, which raise legitimate legal and civil questions regarding the violation of both Federal and state election laws.

2) The Commission recommends that evidence of voter fraud must be specified in each state whose validity must be determined in part through forensic tests, audits of voting machines, expert testimony, eyewitness accounts, and examination and cross examination of witnesses in the courts.

3) There must be a determination by the courts as to whether the alleged fraudulent votes which apparently occurred were so significant and appreciable, that they could have altered and impacted the results of the election sufficiently to make that election null and void in those states where the manipulation or alteration of the vote occurred.

4) The competent committees should be called into session in each of the state legislatures where there were reports of serious irregularities. Votes cannot be validated where there is a “reasonable doubt” that they may have been fraudulent. Furthermore, it is a Constitutional responsibility (cf. Constitution of the United States, 1787) that falls to each of the states, to arbitrate with all means at their disposal in order to protect votes cast according to the will of the voter.

5) There must be a federal criminal investigation into the possibility of a conspiracy to undermine the Presidential election of 2020, not only by domestic and internal interests who may have been involved, but also by the possible connection to foreign agents and or countries that would trespass on the sovereignty and freedoms of the United States and its citizens.

Some of the questionable voting-day practices which were mentioned during the witness testimony, and which should be investigated, include:

2) Republican challengers denied the right to observe and monitor voting.

9) Back door possibilities on those machines.

13) People moved out of state voting.

14) The integrity of the voting machines and the manner in which the votes are counted.

16) The influence of the news media.

17) The influence of social networking platforms.

18) The influence of George Soros, Lord Mark Malloch-Brown, and others.

19) The influence of Wall Street, the City of London and the “Deep State.”