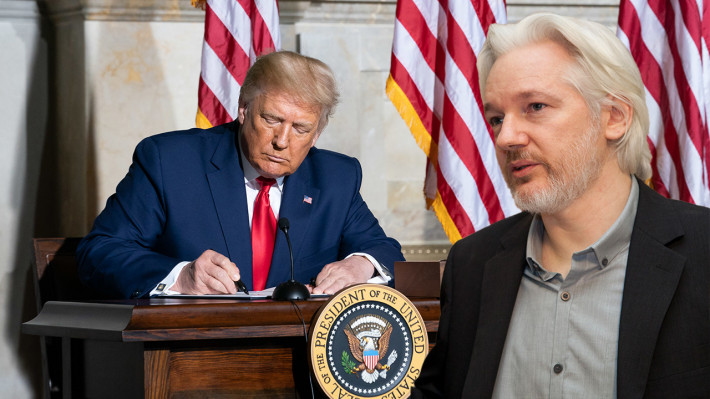 December 2, 2020by David Dobrodt in General

In the midst of an increasing danger of war and an accelerating collapse of the global economic/financial system, it would be a catastrophe were Joe Biden to be inaugurated in January, and bring in with him the team of neoliberals and War Hawks being presented as his cabinet.

Instead, Helga Zepp-LaRouche said, President Trump has some options to break through the efforts of those, including the media, who have been running a coup against him for four years: declassify the documents which show the corrupt and illegal acts of his opponents, and order them to be made public; appoint a special prosecutor to investigate the election fraud; and pardon Edward Snowden and Julian Assange, and bring them to the U.S. to expose what they know about the surveillance state, the cyber technologies involved in it, and the endless wars which are the product of the team behind Biden. Such clarity is necessary, as populations in the west are being bombarded by psy-ops designed to confuse and demoralize them.

As we fight against this coup, she said, we must inspire people with solutions which are possible, to address the war danger, disease and hunger, and loss of dignity and hope. The Schiller Institute is sponsoring a two-day, online conference on Dec. 12-13, which will challenge participants to adopt a complete change in thinking needed to break free from the axioms which keep them enslaved in the collapsing system, so nations can engage in both emergency programs to address the crises, while moving into a future based on advances in science and culture. The Chinese Chang’e 5 mission which landed on the Moon on Tuesday is an example of the potential mankind has, once freed from the deadening sophistry of the slogans of “human rights” and “democracy” spouted by today’s failed establishment figures.