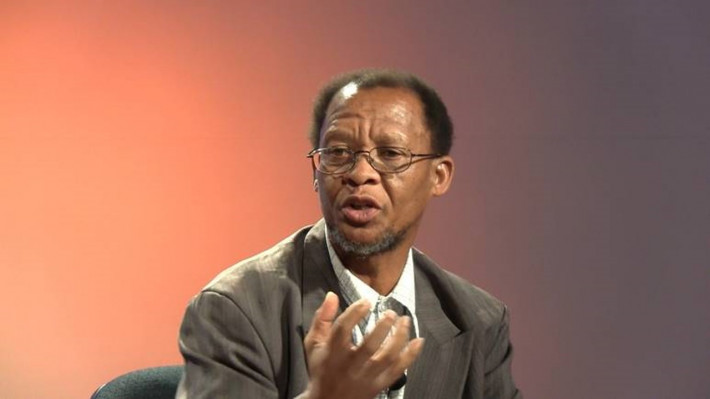 Earlier this week, speaking on behalf of millions of starving Africans, I demanded a full global mobilization to save their lives and the lives of hundreds of millions of others around the globe who are also facing near-term death from starvation.

I urged Donald Trump, in his capacity as the most powerful person on the planet, by virtue of his office as President of the United States, to take up the responsibility demanded of him by the U.S. Constitution, and mobilize the full resources of his nation—including the food-producing power of the great farmers of America and the logistical capabilities of the U.S. military—to produce the food and get it to where it is needed.

I stated that he must be joined in this effort by the forces of the other great powers, including Russia and China, and I endorsed the call by the great lady, Helga Zepp-LaRouche, the chairwoman of the Schiller Institute, for a summit to discuss the means to resolve the great crises facing humanity, including the global pandemic and this hunger and starvation crisis, which are related.

I want to restate my conviction, which I know to be shared by Mrs. Zepp-LaRouche: These crises require an extraordinary global response, in which our full resources, including those of the powerful militaries of great powers, are used, not to maim and kill people, but to save their lives. The time has come for such a radical reexamination and repurposing of the capabilities of the human race, if it is to survive this great crisis.

This is not a debatable point. People are dying by the millions, and many more millions will soon die, and we—all of us, our leaders, such as President Trump, and all our citizens—must make the decision to save them and take the steps, as nations and individuals, to save them.

I wish to underscore the warning of David Beasley of the UN World Food Program (WFP), that more than 300,000 people a day could die from starvation, unless immediate action is taken. I do not know David Beasley, but I believe he would agree with me that even the WFP, which currently has the best food distribution capacity in the world, cannot meet this crisis, even if all the monies he has requested were immediately forthcoming.

Decades of underdevelopment, enforced by the financial power of the British Empire and its globalist institutions, including the murderous International Monetary Fund, have left the world without even the basic infrastructure, such as roads, to get food to many rural areas where people are already starving.

Certainly the WFP must play a role in any solution, but the WFP is not the solution, nor has the WFP ever asked for the kind of mobilization I am calling for. That is because even well-meaning people have been trapped in a paradigm in which they have been forced by ‘circumstances’ to accept the death of many people, from causes such as starvation or disease, as painful but unavoidable. I for one, and Mrs. LaRouche for another, refuse to accept this flawed way of thinking.

We must mobilize from the standpoint that every human life matters, including millions upon millions of black lives in Africa, that each life is precious; that each must be cherished and nurtured. Those millions of souls cannot thrive and pursue the happiness that comes with productive lives, much less even exist, without the material, cultural, and spiritual support of a growing economy.

They must first have enough to eat. The right to eat must become generally understood as a basic human right, as is the right to adequate medical care. As citizens of our nations, but as members of the human race, we must fight to transform this moral understanding into public policy, holding our leaders responsible to the principle of the General Welfare, as enshrined in that glorious document, the U.S. Constitution, and in the UN’s Universal Declaration of Human Rights, as written by Mrs. Eleanor Roosevelt in 1947.

I repeat my call to President Donald Trump, in response to the warning from his friend, David Beasley: Mobilize the full resources of your great American nation to save Africa from starvation and death. Give your American farmers the mission to feed the world. I am sure they will rise to the challenge. Order the American military, which has the greatest logistical capability of any nation or combination of nations in the world, to figure out how to get food from the producers to those who need it. I am sure that they can do this. Call on the rest of the world to join you in this moral endeavor. Mr. Trump, the times demand that you be the leader that we need. Do it now!

I also urge that these matters be brought up for discussion by the Committee for the Coincidence of Opposites, recently established by Mrs. Zepp-LaRouche, especially to address issues such as these. I fully support her call for an extraordinary mobilization to create a system of global health security to meet the pandemic crisis. Africa needs the army of health volunteers that she has urged be created.

These things we must do. Save millions of lives, whose deaths can and must be prevented!