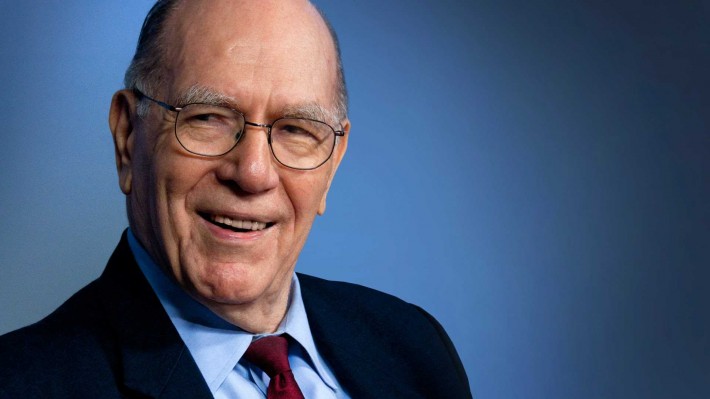 Lyndon H. LaRouche, Jr., philosopher, scientist, poet, statesman, economist, died on Tuesday, February 12, at the age of 96. It was Lincoln’s birthday, an American President Lyndon LaRouche loved and celebrated in his writings.

Those who knew and loved Lyndon LaRouche know that humanity has suffered a great loss and, today, we dedicate ourselves anew to bring to reality the big ideas for which history will honor him. For those who did not know him or have only recently come to his ideas, there is no better guide to this unique personality than LaRouche himself. Here is how he spoke about life here on earth in a speech at a conference in 1988, in the midst of a political prosecution similar, in striking respects, to that which we encounter against an American president in the United States today:

One year later, after being sent to prison, he wrote on the occasion of Martin Luther King’s birthday, January 17, 1990:

“Those of us who find ourselves in Gethsemane—a Gethsemane where we are told that we must take a role of leadership with our eye on Christ on the Cross — often experience something which, unfortunately, most people do not. We tend to look at things from a different standpoint. Before trying to situate how I see the recent period, and the period immediately before us, I should try to communicate what my viewpoint is, a viewpoint which I know is shared in some degree of very close approximation by everyone who has gone to Gethsemane with the view of the Cross in his eyes, saying, ‘He did it, I am now being told that I must, too, walk in His way.'”

“What I suggest often, in trying to explain this to a person who has not experienced it, is to say: ‘Imagine a time 50 years after you’re dead. Imagine in that moment, 50 years ahead, that you can become conscious and look back at the entirety of your mortal life, from its beginning to its ending. And, rather than seeing that mortal life as a succession of experiences, you see it as a unity. Imagine facing the question respecting that mortal life, asking, “Was that life necessary in the total scheme of the universe and the existence of mankind, was it necessary that I be born in order to lead that life, the sum total of that number of years between birth and death? Did I do something, or did my living represent something, which was positively beneficial to present generations, and implicitly to future generations after me?” If so, then I should have walked through that life with joy, knowing that every moment was precious to all mankind, because what I was doing by living was something that was needed by all mankind, something beneficial to all mankind.'”