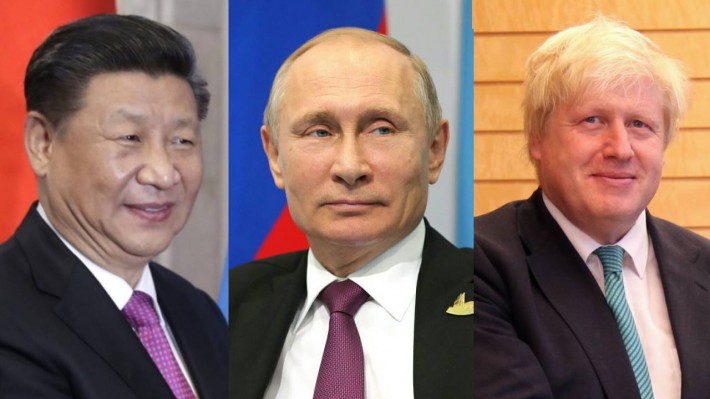 July 2 – The proper way to commemorate the upcoming July 4 anniversary of the signing of the Declaration of Independence, a document of universal importance for all nations to this day, is by carrying that same spirit forward into organizing an urgent summit of world leaders around the New Deal and Good Neighbor policies of American statesman Franklin Delano Roosevelt. In her weekly webcast yesterday, Schiller Institute founder and President Helga Zepp-LaRouche picked up on British Prime Minister Boris Johnson’s announcement of the adoption of FDR New Deal-style economic policies by his government, by stating:

“If, however, Boris Johnson would be serious about it [the New Deal approach], and he would immediately agree to participate in the summit called by Putin, and would insist that the New Deal in the tradition of Franklin D. Roosevelt is being made the subject of such a P5 summit, then it could be taken seriously and would actually be a useful contribution.”

There is little doubt that such an approach would be welcomed by Chinese President Xi Jinping, who told a Seattle business group during a visit to the U.S. in 2016: “In my younger years…I was interested in the life story and thinking of Washington, Abraham Lincoln, Franklin Roosevelt and other American statesmen.”

The same holds for Russian President Vladimir Putin, whose call for a new, global security architecture in his famous 2007 speech at the Munich Security Conference, was shaped around FDR’s approach after World War II: “It is well known that the field of international security goes well beyond issues of military and political stability. It involves the stability of the world economy, overcoming poverty, economic security, and the development of a dialogue among civilizations. This all-encompassing, indivisible character of security is expressed in its fundamental principle, that `the security of each is the security of all.’ As Franklin Roosevelt put it in the first days after the outbreak of the Second World War, `When peace has been broken anywhere, peace of all countries everywhere is in danger.’ These words remain topical today.”

Trump has also turned directly to FDR on numerous occasions, including in his victory speech the night of the 2016 election, stating: “The forgotten men and women of our country will be forgotten no longer.” President Trump’s leading participation in such an international summit would also be the perfect rejoinder to the British-led efforts to remove him from office, either now with fabricated scandals (such as the absurd Russian “bounty-gate” hoax), or by trying to defeat him in the November elections, by attempting to blame {Trump} for the economic and coronavirus pandemic crises which {the British} in fact caused by 50-plus years of their policies of economic looting.

Nor is there any doubt that the global systemic breakdown crisis makes such a summit of leaders urgently necessary, whether it be under the aegis of a Four Power meeting of the U.S., China, Russia and India, as Lyndon LaRouche long proposed, or the five permanent members of the U.N. Security Council, as Putin has called for — so long as the agenda is building a New Paradigm of world peace based on universal economic development.