Belt and Road Is Unstoppable: ‘Critics’ Turn into Strong Supporters 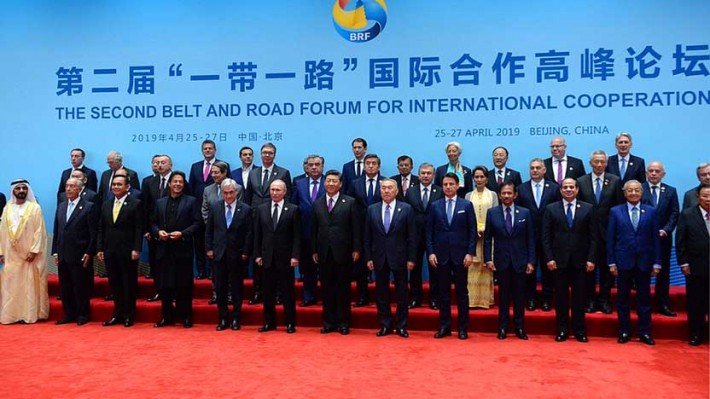 Belt and Road Is Unstoppable: ‘Critics’ Turn into Strong Supporters

The extraordinary attendance of governments, heads of state and government, and thousands of businesses at the Second Belt and Road Forum, comparing with the largest international meetings in history, was already proof that the Belt and Road Initiative (BRI) has expanded greatly since the first BRF in 2017 and is now an unstoppable new paradigm of economy. After the Second BRF, certain myths of “backfire” and “criticism” in Asia also fell away.

Malaysian Prime Minister Mahathir Mohamed gave interviews in which he expressed full confidence in the BRI and surprise at its scope. Speaking to Bernama News Agency April 28, he said:

“We feel that the [One Belt, One Road] OBOR initiative is not a domination plan by China, which would end up being controlled by China. Instead, it is a policy developed by all the countries, and not only focused on China. Previously … including the Trans-Pacific Partnership, developed countries made the proposals and asked us to accept them. This is not like that; the forum attendees are from small countries and they are sitting with China…. They sit together at the same level, and talk about how to develop infrastructure projects.”

In an interview with China’s TV network CGTN, Dr. Mahathir said he had thought the Belt and Road was an infrastructure project for Asia, forecasting large-scale Chinese investment and exports into Malaysia.

“Now it is quite clear that it is, practically, a worldwide project … to improve connectivity and infrastructure development all over the world…. I’m very glad I’m  here, because now I understand better the character of the project. China has a lot of new technologies, and we need these technologies.”

“found China’s openness to its feedback on improving the Belt and Road Initiative highly encouraging…. I believe in the next 5 to 10 years, BRI will stimulate additional investment in probably tens of billions of dollars [in Indonesia].”

In Europe, Italy and Austria are joining Portugal in planning issuance of “Panda Bonds” — infrastructure bonds issued by other countries in yuan, to be issued into China’s bond market. Even Germany Economics Minister Peter Altmaier found the Beijing forum “better than expected,” and is headed back with a Mittelstand delegation.

“The series of bilateral meetings was concluded by the wonderful dinner offered by President Xi to myself and to the Italian delegation that accompanied me,” Conte wrote on his Facebook page.

“I am very satisfied by the strengthening of economic and trade relations between Italy and the Chinese Republic and, personally, by the friendship which is being consolidated with President Xi Jinping. And I am proud that in the final release of the Belt and Road Forum, many of the Italian suggestions have been adopted, among which [are] the references to financial and social sustainability, protection of human rights and of intellectual property.”

“The Silk Road, I repeat, is a great opportunity for Italy, a challenge which we happily accepted through the signing of the MoU, in a framework of European principles and level playing field and with the maximum of guarantees for security of our strategic infrastructures. We opened the way for other European partners which are now getting ready to join this major infrastructural connectivity.”