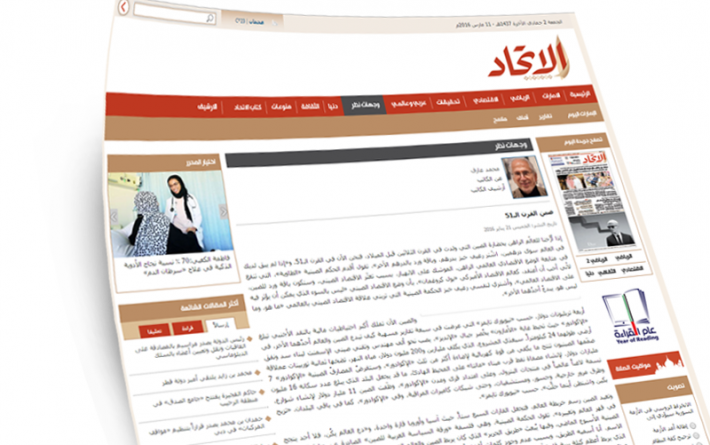 The column, titled “China’s 51st Century” (according to China’s record of its history), gives a poetic and exciting image of the tour by President Xi to the region and of China’s emphasis on the New Silk Road and economic development in its policy declaration.

In 1997, Aref was the first Arab journalist to write a full-page review of EIR’s first Eurasian Land-Brige Report, in the London-based Arabic daily Al-Hayat, of which he was the Scientific Editor.

After debunking the argument that China’s economy is in decline, Aref states: “China is redrawing the map of the world, turning the seven continents into six by making Asia and Europe one continent. ‘Let the world be, for no one can succeed in conquering the world and changing it,’ as the Chinese saying goes, and as expressed by the Chinese Foreign Ministry Arab Policy Paper which was issued last week, in which is revived the Silk Road, which used to link Chinese with the Arab world for more than 2,000 years. The road of Chinese wisdom is like the a ‘Silk Road’ which connects the greatest continental AsianEuropean landmass, and extends to the shores of the Pacific, Indian, and Atlantic oceans through infrastructure for agriculture, industry, trade, technology, science and culture.”

“‘The Arab-Asian Land-Bridge: The Pulsating Heart of the New Silk Road’ was the title of my report in a London newspaper in November 1997, and I never imagined then that this project, which was designed by the Schiller Institute, would be adopted by China and that the Chinese President would bring it with him to the Arab region this week. Last September, Beijing celebrated the release of the Chinese translation of the new report, ‘The Silk Road Becomes the World Land-Bridge.’ In the next month the Arabic translation of the report will be published, and is prepared by Hussein Askary, the Iraqi member of the Schiller Institute, which was established by the German Academician Helga LaRouche, who is called by the Chinese ‘The Silk Road Lady,’ because she paved the way for the New Silk Road through hundreds of conferences and scientific and political seminars, and she ‘established the concept of the Eurasian Land-Bridge as a war prevention tool,’ according to the Chinese Scholar Deng Yifan. Helga LaRouche and China are like the woman, about whom the Chinese proverb states: ‘The female always surpasses the male by her calmness, and she becomes fruitful even in her silence.’ And the other proverb: The Great Country is like the lower part of the river, where the earth of the world meets the female of the world [Daodejing, Chapter 61—ed.].”

Aref’s column can be found here (in Arabic).