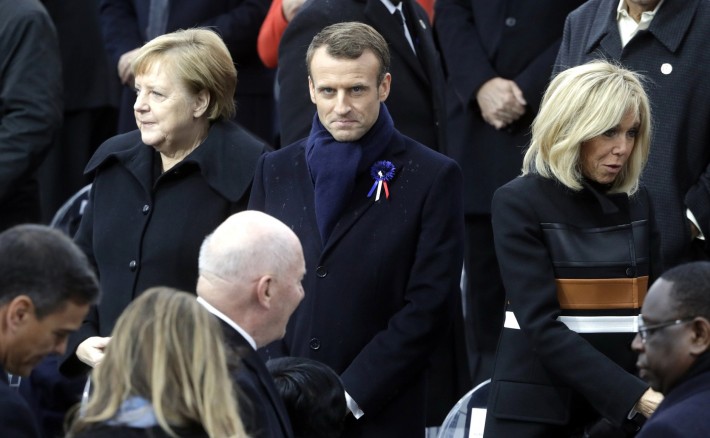 How Macron’s vanity prevented an opportunity for a crucial discussion between Trump and Putin taking place, during Nov. 11 Armistice commemoration: Macron put forward a new “European Empire” as opposed to “nationalism”, precisely as the European project is collapsing: Brexit, Italy versus EU.

There is NO threat from China: contrasting the positive developments from the Singapore summits, and the reopening of U.S.-China talks (Kudlow, Ross) with the insane war mongering from Rubio and Congressional neocons.

The Democratic Party, caught between the Obama-Hillary tradition, favor of impeachment and war, and those who wish to do something about the collapse of living standards, etc.— especially now, as the devastating fires in California call for a reconstruction policy above parties.

A final appeal to join the Schiller Institute to address the deep moral crisis confronting mankind, with a new Renaissance, based on cooperation for mutual benefit.