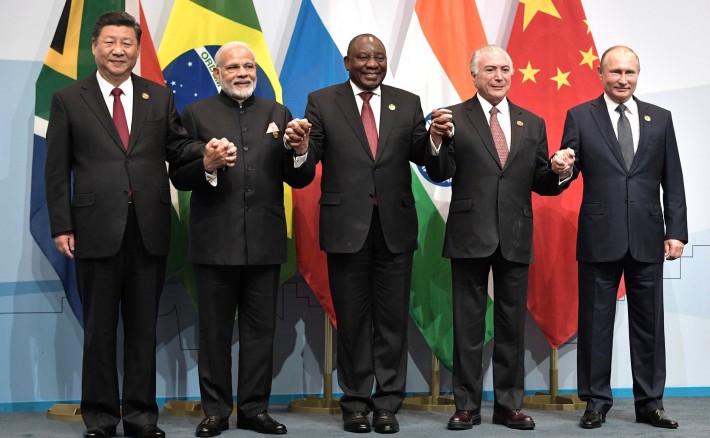 The screaming you are hearing against Presidents Trump, Putin and Xi Jinping from the imperial geopoliticians and their flunkeys in Congress and the media is a sign of their growing desperation, in the face of the dynamic for peace and development unleashed by China’s Belt-and-Road Initiative (BRI). Long championed by the Schiller Institute’s Helga Zepp LaRouche as the means to overcome the dangers implicit in the old paradigm, dominated by geopolitical confrontations leading to wars, and financial swindles, the New Paradigm is within reach, as its leading adherents are moving with thoughtful determination, and everyday are being joined by leaders of other nations. President Xi’s successful visit to African nations is an example of the power being unleashed by this dynamic.

What is needed now is a mobilization of thoughtful citizens, who understand what is at stake in the battles ahead. Will legal hitman Robert Mueller and his deranged anti-Trump cheerleaders succeed in taking down the President, or will the revolt which thrust him into office act to insure that the real colluders — led by Obama and his team, acting on behalf of, and in collaboration with the British crown and its intelligence agencies — take the well-deserved fall? Will President Trump and Putin continue their successful dialogue, as the announcement of a second summit implies, or will the Russophobic crazies succeed in undermining the two statesmen and put the world on a course toward nuclear war? Will the ill-advised tariff policy designed to punish China break the friendship between Trump and Xi, or will the President bring the U.S. into full cooperation with China and the BRI? Will the EU splinter into chaos, due to the monetarist policies imposed by London and Brussels, or will Europe find new leaders who wish to cooperate with the emerging new paradigm? The answer to these questions cannot be left to chance, or to the existing stable of political leaders, who have repeatedly proven to be unable to come up with solutions to these existential problems — you must help us build the movement of thoughtful citizens, to determine the future.

Get the latest update from Mrs. LaRouche on this Thursday’s webcast, and make the decision to join the Schiller Institute, to become part of the movement which is recruiting citizens to win this crucial fight for the future.