“The Post-Pandemic World Order: The Image of Man Is the Key” 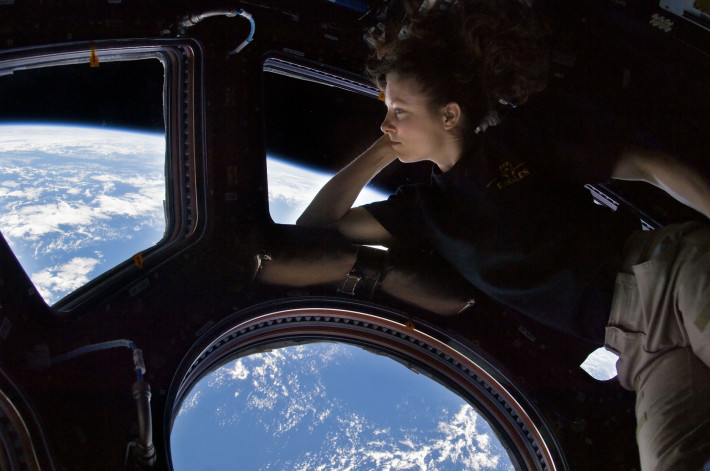 “The Post-Pandemic World Order: The Image of Man Is the Key”

December 1, 2020by David Dobrodt in General

The following is translated from Helga Zepp-LaRouche’s lead article for the Dec. 3 issue of the German weekly Neue Solidarität on Nov. 28, 2020.

Although the mainstream media are outdoing one another in presenting Joe Biden and his projected cabinet of super-hawks as the next U.S. administration, and President Donald Trump as a populist monster babbling on about vote fraud, those same media may be in for an unpleasant surprise. The sworn statements of eyewitnesses, documenting various aspects of vote fraud in the “swing” states, represent legal evidence. State representatives and senators of Pennsylvania have just announced their intention to make use of their constitutional right to appoint the electors to the Electoral College themselves.

There are manifold possibilities that the proof of electronic vote fraud via Dominion and Smartmatic voting machines can be produced on time, and that this evidence will suffice to reverse the results of the election. Should that happen, the world will be on the verge of a dam failure, such that literally not one stone will be left standing on the other, and most of the current assumptions about the political realities in the trans-Atlantic world will be swept away. Presumably, the next two weeks leading to the decision of the Electoral College on the confirmation of the next President of the United States will see many aspects of the vote fraud brought to light, in spite of the attempted censorship.

Related to this issue, but touching on the deeper causes of the current civilizational crisis, President Putin noted in his address to the recent annual meeting of the Valdai Club, that we are living in an era of obvious international shocks and crises. As the reason for this crisis, he cited the paradox that mankind, on the one hand, has reached a high level of technological and socio-economic development, but is facing, on the other, an erosion of moral values and reference points, and the feeling that their existence no longer makes sense, or that the purpose of mankind on this planet Earth has been lost. This crisis, Putin went on, cannot be settled through diplomatic negotiations or even a large international conference, but requires a complete revision of our priorities and goals. And this must begin with every single individual, he explained, every community, and every state, and only then can a global configuration emerge. The starting point for such a transformation, he stated, could be the Covid pandemic.

Indeed, the response to the pandemic takes us to the heart of the problem. The relative success of Asia and the failure of the West to bring Covid-19 under control are so obvious that even mainstream newspapers like the Neue Zürcher Zeitung or Die Zeit are now talking about Europe’s arrogance and stubbornness, that prevent it from learning the lessons of the method used in several Asian countries to eradicate the pandemic, rather than simply trying half-heartedly to contain it. As a result of these two different approaches, there has been an extremely low level of new infections and deaths in China, Taiwan, Vietnam and South Korea, while the pandemic in Europe and the United States threatens to reach exponential growth rates in several countries and completely overwhelm medical capacities. What’s the difference?

From the very beginning, President Xi Jinping made clear that the Chinese government’s absolute priority was to save every single life, and that it was especially important to protect the elderly and therefore those most at risk. After rigorous measures taken at the outset, such as mass testing, contact tracing, isolation and quarantines in Wuhan and Hubei province, it was possible to bring the pandemic under control and then, at every new eruption, such as in Beijing and Qingdao, to find and isolate the contaminated individuals thanks to testing and efficient digital contact tracing, and thus stop the spread of the virus.

In Asia overall, where the populations already had the experience of fighting outbreaks of the SARS and MERS viruses, there was neither the irrational refusal to wear face masks, nor the Western distrust of using the cell phone app, although the West deliberately ignored the total surveillance carried out by the NSA and GCHQ. In the meantime, the economic growth rate in China was back up to 4.9% in the fourth quarter and people returned to their normal social life.

In a similar way, Russia prioritized the preservation of lives as the key value of the country’s culture and spiritual tradition. Referencing the dramatic demographic losses suffered by Russia in the 20th century, President Putin stressed in Valdai that it was indispensable to fight for every single person and for the future of every Russian family. He also emphasized that a traditional, essential feature of Russian culture is to give the utmost priority to the protection of human life.

This brings us to the crux of the matter: The supposed contradiction between saving human lives and the “interests of the economy” has long since led to an erosion of the values that, at least in the past, used to be associated with Christianity, which was based on the sanctity of human life. Decades before the coronavirus, when healthcare systems were being privatized, the scale of values had already shifted to profit-making, which is the main reason why Europe and the U.S. were so catastrophically caught off-guard by the outbreak of the pandemic.

The lack of masks, protective gear, and intensive care beds at the outset of the pandemic, and the dramatic shortage still today of nursing staff are the result of this false set of priorities. New indications are continuously coming out about how the Swedish model, so loudly praised by some, was based on achieving herd immunity, which cost many elderly people in nursing homes their lives. Rather than receiving expensive treatments, they were simply given palliative care and left to die. As [SPD health expert] Karl Lauterbach put it: “Crudely speaking, many elderly people are sacrificed there, so the cafes don’t have to shut down.”

It is no less scandalous when in Switzerland, one of the richest countries in the world, the predictable shortages in medical care have led to an open discussion of triage. In Italy, the horror images from Bergamo, where the coffins were piled up in the streets last spring and finally had to be carted away by the Army, were evidently not sufficient to ensure that appropriate preparations would be made for the perfectly foreseeable second wave. As a result, physicians in Milan now protest that the decisions they are forced to take are both clinically and ethically unacceptable.

On February 26, the German Constitutional Court in Karlsruhe handed down a landmark ruling stating that the 2015 ban on commercially assisted suicide was a violation of the Basic Law (Constitution). Since the right to a self-determined death is guaranteed, the Court argued, people must be allowed to make use of offers from third parties to do so. In this spirit, the ARD television channel broadcast the film “Gott” (“God”) on November 23 as an interactive TV event, which is based on the play by Ferdinand von Schirach, portraying a healthy, 78-year-old man who, after the death of his wife, no longer wants to live and seeks a medically assisted suicide. In light of the pandemic and the resulting grave risks for the elderly and the sick, this attempt in the form of a staged show to dispel the historical reservations due to the fact that the Nazis had systematically exterminated “worthless lives,” must be seen as unprecedented cynicism and as a propaganda stunt. And it was successful: After the event, 70.8% of the TV viewers said they were for the right to assisted suicide.

As a reminder: At the Nuremberg trials, Dr. Leo Alexander, a medical advisor to the prosecution, warned of the utilitarian thinking that was behind euthanasia, stating that it began with a quite subtle shift in the attitude of physicians concerning the costs of treating patients, who then quickly became categorized as “unworthy lives.” To follow this slippery slope once again, in the conditions of such a massively escalating economic and financial crisis, can only be described in Germany as historical amnesia.

We are right now in the midst of tectonic changes in the strategic situation, in a time when what is really at stake is war or peace, and when above all the dramatic developments in the United States cannot be understood, unless one regards them as an expression of an existential battle between the old, declining paradigm of the unipolar world and a new paradigm, aimed at creating a new world order that allows the long-term survival of the human species. The revision of the priorities and aims of society, evoked by Putin, that should become the foundation of this new paradigm must begin with the image of man that considers human life as sacrosanct. If one wishes to depict this as a competition between the values of China and Russia on the one side, and those of the West on the other, we would do well to revive our Christian, humanist tradition if we are to avoid losing the competition in disgrace.