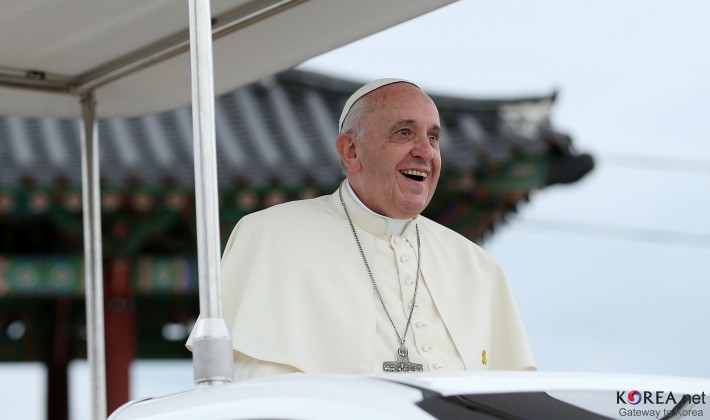 Feb. 9, 2018 –The statements by Bishop Marcelo Sanchez Sorondo, the chancellor of the Pontifical Academy of Social Sciences, who, speaking to {Vatican Insider} after a visit to China, characterized the country as extraordinary, raised some hackles from anti-China circles in the Catholic Church. “You do not have shantytowns, you do not have drugs, young people do not take drugs,” Sanchez Sorondo had said after visiting China. “Instead there is a positive national consciousness.” “Right now, those who are best implementing the social doctrine of the Church are the Chinese,” he said.

While he praised China for upholding the Paris climate agreements, he also obviously, during the course of his visit to China, received more of an insight into what China is doing to advance the lives of their people. Sanchez Sorondo’s visit to China was part of an ongoing round of diplomacy between the Vatican and China, which is aimed at resolving the key issue of the appointment of Catholic bishops, a major point of dispute between the Vatican and China. Sanchez Sorondo’s statements has been heavily criticized by some conservative Catholic circles, including Hong Kong’s retired cardinal, Joseph Zen. But it is strongly supported by Pope Francis, who would like the Vatican to assume full legal responsibility for China’s estimated 13 million Catholics. Zen has also said that if the Pope comes to some arrangement with the Chinese government, he will also fall in step with the arrangement.

The diplomatic activity of Pope Francis has been receiving regular coverage in the Chinese press, including the more conservative {Global Times}, to whom Archbishop Sanchez Sorondo had also spoken. Just recently Pope Francis made the unusual decision to retire two bishops in China who had not previously received the approval of the Chinese government, which has also raised an outcry by church conservatives, covered extensively in Breitbart News. The Breitbart coverage was attacked today in a {Global Times} editorial by Ai Jun, who called Sanchez Sorondo’s statements “the perspective of an authoritative religious figure” which were helpful “in contradicting misunderstandings of China.” “The overwhelming majority of Catholics in China have full access to freedom of religion while abiding by Catholic doctrine and China’s rule of law,” Ai Jun writes. “Chinese Catholics are no different from Catholics in other countries simply because they live in a socialist nation, which reflects the fact that the Chinese government respects their religious freedom and provides them with enough room for religious activities.” Most of the Catholic bishops now in China have been accepted by the Chinese government and the Vatican, but there are still many exceptions in the “underground church”.

Negotiations are ongoing as to the procedure of the appointment of bishops. But a resolution of the issue could lead to the re-establishment of relations between Beijing and Rome which have been broken for the last 70 years.