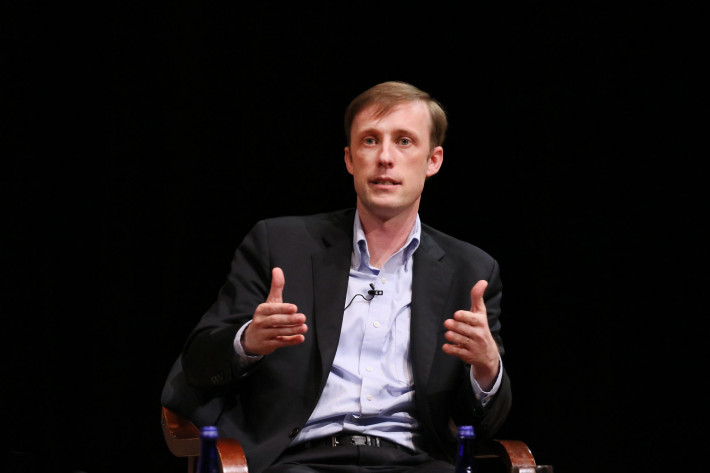 June 18 (EIRNS)–NSA Jake Sullivan was emphatic at his Thursday on-the-record call with reporters that Biden would follow up on his summit with Vladimir Putin, with a discussion with China’s Xi Jinping. The White House transcript stated, “[T]he notion that President Biden will engage in the coming month with President Xi in some way to take stock of where we are in the relationship and to ensure that we have that kind of direct communication that we found valuable with President Putin yesterday, we’re very much committed to that. It’s now just a question of when and how.”

The bulk of his press conference was to report how successful Biden had been on his European trip, basically, that he’s taken leadership of the West with his B3W–Build Back Better World, “a new infrastructure initiative… that will be a high-standards, transparent, climate-friendly alternative to the Belt Road Initiative.” He has NATO sold on “tackling China… for the first time, truly taking the security challenge posed by China seriously… and standing up to, countering and pushing back on China’s non-market economic practices…” With no irony intended, he described how governments supervising a deal between Airbus and Boeing (with agreements on investments and tariffs) so as to curtail China’s large passenger aircraft industry, is an example of the ending of “non-market economic practices.”

Sullivan described how pulling together such a Western alliance means that one can deal with Russia as a “principled engagement” – presumably, making our values clear to the opponent while identifying areas to work together. The question was posed: After Russia, does that mean “you can go on to a bilateral discussion with President XI and how’re you taking that on”?

Sullivan then elaborated: “[W]hat the President said, about there being no substitute for leader-level dialogue as a central part of why he held the summit with Putin yesterday, also applies to China and to President Xi Jinping. He will look for opportunities to engage with President XI going forward. We don’t have any particular plans at the moment, but I would note that both leaders are likely to be at the G20 in Italy in October…[W]e will sit down to work out the right modality for the two presidents to engage.” He referred to two modalities – possibly by phone or by a side-meeting at an international meeting – and then, or “something else.” Sullivan’s briefing remarks are here.

At a follow-up press conference on Thursday with the State Department’s Ned Price, Robert Delaney, the Washington DC reporter for the South China Morning Post, referred to Sullivan’s announcement and brought up the previous roadblocks (the Uyghurs in Xinjiang, the Wuhan lab and the coronavirus, and such). Price referred back to Sullivan’s explanation and then reaffirmed the “principled engagement” line.