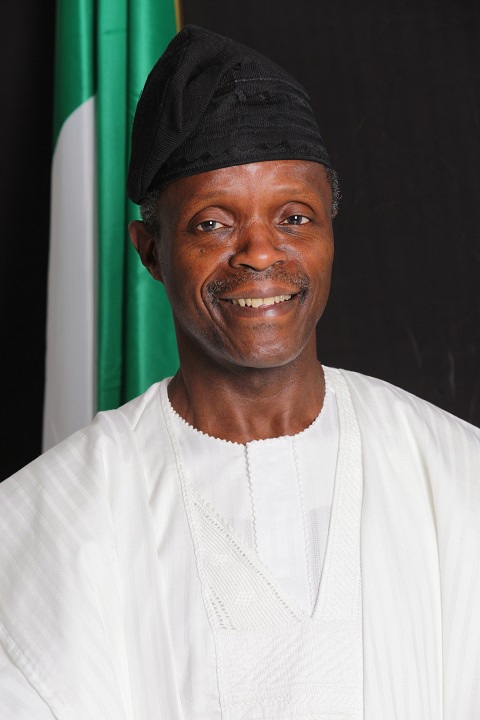 Nov 8 (EIRNS)–Adding another voice to the African chorus denouncing the Green Reset– Mark Carney’s drive to “red-line” the developing world, by refusing credit for projects and even proffering pay-offs to never develop your nation– is Nigeria’s Vice President, Yemi Osinbajo. He wrote an article this Summer, that was re-posted last week during the COP26 Summit. He states that “wealthy nations” cutting investment avenues for carbon-based energy sources in Africa– especially after having profited from them for decades– “will do little to limit carbon emissions globally but much to hurt the continent’s economic prospects.”

Nigeria, a country rich in petroleum and natural gas, is being forced to deny itself the benefit of {its own} resources, Osinbajo says, because the only investments which can be financed are for (interruptible) solar and wind. “For countries such as my own, Nigeria, which is rich in natural resources but still energy poor, {the transition must not come at the expense of affordable and reliable energy} for people, cities, and industry. To the contrary, it must be inclusive, equitable, and just – which means preserving the right to sustainable development and poverty eradication, as enshrined in global treaties such as the 2015 Paris climate accord.”

The Vice President writes, “Africa’s progress could be undone by the rich world’s efforts to curb investments in all fossil fuels,” pointing out with bitter irony that, “Institutions such as the U.S. International Development Finance Corporation and the World Bank’s International Finance Corporation {were specifically created to help spur high-impact projects},” the very kind of which they are now refusing to let go forward. [emphasis added]

The fact that Osinbajo wrote this piece, titled, “The divestment delusion: Why banning fossil fuel investments would crush Africa,” over two months ago –about the time that the multinationals were beating a retreat from one of the world’s largest natural gas developments, in Mozambique– should not reduce the power of his statement, in fact just the opposite. Originally published in the August 31 issue of the Foreign Affairs, the magazine of the imperial Council on Foreign Relations, Osinbajo’s piece was republished last week by the Habari Network a publication focusing on Africa and the Caribbean. While the post therefore may not reflect the latest developments in Glasgow, the sentiment and the validity of the charges made against the “climate mafia” in the U.K., the U.S. and Western Europe continue to ring true. The Habari Network article appears here. The original article in Foreign Affairs is here.